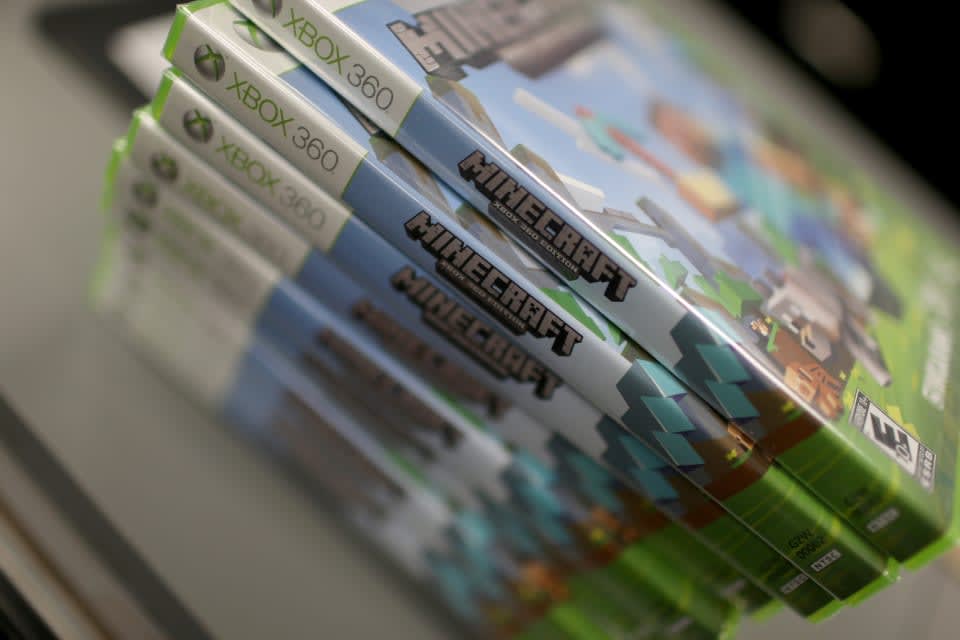 Microsoft announced this week that it's buying hugely popular game franchise Minecraft for $2.5 billion. For that money, Microsoft gets rights to the game and ownership of its Stockholm, Sweden-based development studio, Mojang. It doesn't retain the company's founders or Minecraft's infamously outspoken creator, Markus "Notch" Persson.

Does that sound like a lot, $2.5 billion? Well, it is in human dollars, but not so much when you're Microsoft and you've got $85 billion in "cash, cash equivalents and short-term investments." Regardless of the fact that this week's deal only cost Microsoft around 3 percent of that, here's the real kicker (in the form of a statement from Microsoft): "Microsoft expects the acquisition to be break-even in FY15 on a GAAP basis." Woof, that's a doozy of a sentence right there.

Here's the translation: Microsoft expects the purchase of Minecraft/Mojang to make it a lot of money. And that is why Microsoft bought Minecraft.

Admittedly, that's a rough translation of all that Microsoft's saying in that jargon-filled sentence. And it's a crucial statement in the several-paragraphs-long press release that announced the deal. So let's break it down, piece by piece!

A trailer for Minecraft's recently released Xbox One version

This one sounds simple, but there's a lot of information in there. First and foremost, "Microsoft expects" is a heavily abridged way of saying, "Microsoft lawyers and accountants painstakingly went over the past financials of Mojang and projected earnings for the next two to five years. After doing that work, we expect these results." Companies don't "expect" anything they haven't deliberately calculated. This is not a guess; it's an equation.

The middle bit -- "the acquisition" -- is simply referring to the purchase of Minecraft and Mojang for $2.5 billion. Nothing hidden there.

To be break-even" isn't to say, Minecraft and Mojang will recoup the full $2.5 billion Microsoft spent on the acquisition. Instead, it only has to make about $25 million to make this a "break-even" deal. Why? Well, as reported in Polygon, analyst Michael Patcher pointed out in a talk at Games Beat 2014 that $25 million is about the amount of interest Microsoft could expect to make if it just left that money in the bank. As he puts it:

"Well, $2.5 billion, the interest on that is just $25 million a year. When they say break-even they don't mean they're going to get $2.5 billion back. That's sunk cost, they don't care. They're talking about from a GAAP reporting perspective - EPS Microsoft Corporation - they will make more from Minecraft than they lose from not having that money in the bank, generating interest ..."

If Microsoft is in "FY15" right now, and the company's fiscal year ends on June 30th, Microsoft expects to break even on its purchase by June 30, 2015. 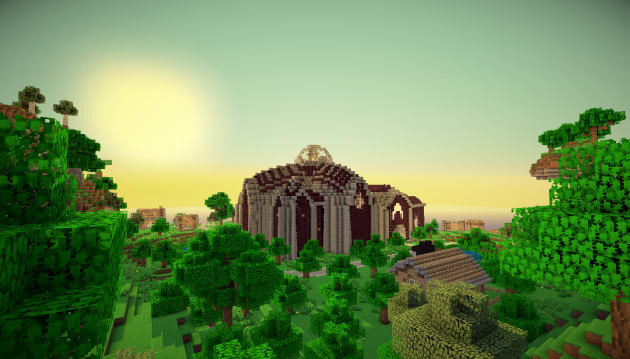 Sunrise in a modded version of Minecraft

$25 million in one year is certainly quite a bit less than $2.5 billion, but compared to the $85 billion Microsoft has in cash, $2.5 billion is a relatively small number. Ultimately, Minecraft can pull in more money on that $2.5 billion than Microsoft could if it was just sitting in the bank. And here's how.

Mojang makes a few other games (Scrolls, for instance), but nothing anywhere near as significant (financially or otherwise) as Minecraft. That's okay: Mojang's gotten very good at expanding Minecraft into a franchise and property. The game itself is available virtually everywhere. Both Microsoft and Sony dedicated precious press conference time to say the game would arrive on their current game consoles. For a game that originally "launched" in 2011, that's unheard of. It's outright something that doesn't happen.

There's a mobile version on both iOS and Android. You can play it on Fire TV! Sure, why not. It is quite literally available on every major game platform, with the exception of Nintendo's consoles and the PlayStation Vita (it's in development). And yes, it is super, super weird that Microsoft will now be the publisher of a game on competing platforms. Head of Xbox Phil Spencer explicitly says in the acquisition announcement that, "We plan to continue to make Minecraft available across platforms -- including iOS, Android and PlayStation, in addition to Xbox and PC."

There aren't accurate measurements for the game's sales across all those platforms on an ongoing basis, but the official Minecraft site keeps a statistic of the game's PC/Mac sales across the past 24 hours (in perpetuity). In the last 24 hours, roughly 7,500 copies sold on PC/Mac: worth around $200,000. That's approximately $73 million across one year, on just PC/Mac. When I checked last Saturday, it had sold just shy of 15,000 copies in the previous 24 hours.

And that's to say nothing of merchandising (which there is a considerable amount of), or licensing (also considerable), or the annual convention (appropriately titled MineCon). Also, Microsoft acquires all the financial assets of Mojang in the process. Whatever money Mojang had on-hand goes to Microsoft, and that could be considerable. 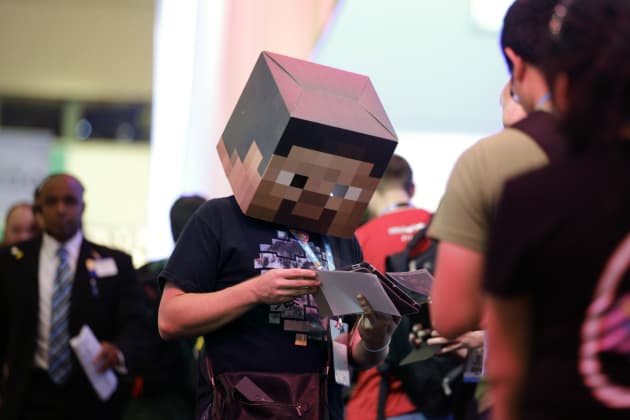 A fan wearing the head of Minecraft's protagonist, Steve

Anyone who's been to a mall or walked down a touristy block in Manhattan lately knows the cultural impact of Minecraft: T-shirts and Creeper heads are commonplace at tchotchke stands the world over. More importantly, however, is that millions of children grew up with (and are still growing up with) Minecraft. Its iconic characters (main character/silent protagonist Steve and the hilariously explosive Creeper enemy), distinct visual style and -- most of all -- unlimited potential for creativity left a lasting impact on both the game industry and a generation of kids.

The next time you attend a Minecraft-themed kids birthday party, think about this acquisition. Minecraft is Mario for millions of kids, and that's a very big deal. Microsoft stands to make a lot of money as the arbiter of a beloved franchise.

Correction: An earlier version of this story incorrectly stated that Microsoft expects to earn back the full $2.5 billion it spent in acquiring Minecraft and its maker, Mojang. In fact, it only has to break even on the interest that would have been generated by those assets.

In this article: acqusition, business, hdpostcross, microsoft, minecraft, mojang
All products recommended by Engadget are selected by our editorial team, independent of our parent company. Some of our stories include affiliate links. If you buy something through one of these links, we may earn an affiliate commission.