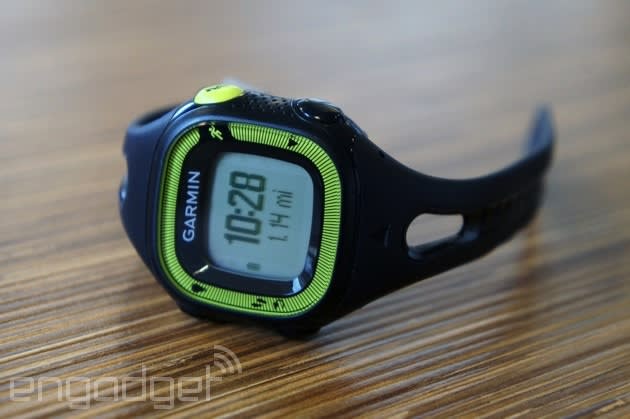 Garmin's GPS watches and bands have been around wayyy longer than Android Wear and many other wearables, but the company's opening its gates to developers just now. The fitness/navigation equipment maker has launched an SDK called Connect IQ, which Garmin hopes devs will use to create watchfaces, widgets that show info at a glance and, of course, apps specially designed for wearable devices. Sadly, you won't be able to load apps on your old Garmin bands and watches -- you'd have to wait for compatible devices to come out in 2015. According to DC Rainmaker, if you do get one of those supported devices, you'll need to install the Garmin Connected Mobile app on your phone before you can load applications to the watch via Bluetooth, similar to Pebble. Question is: is there room on your "wearables to consider" list in a world where a bunch of Android Wear devices are already available and Apple watches are on their way?

Source: Garmin
Coverage: DC Rainmaker, Kansas City Business Journal
In this article: app, developer, Garmin, SmartWatch
All products recommended by Engadget are selected by our editorial team, independent of our parent company. Some of our stories include affiliate links. If you buy something through one of these links, we may earn an affiliate commission.