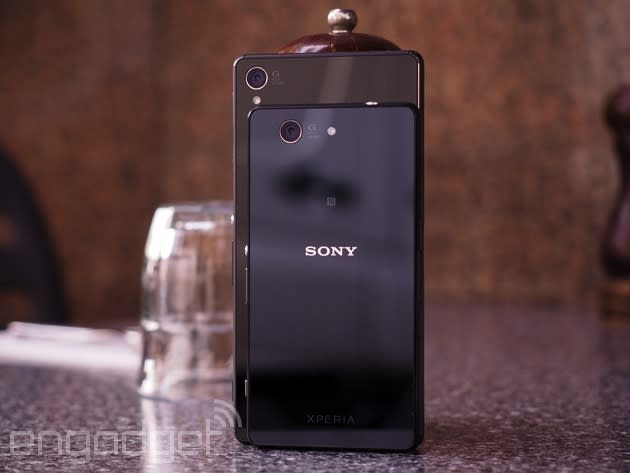 It's a pretty interesting time to be in the market for a new mobile. Over the past month, we've seen Samsung's Galaxy Alpha and Apple's iPhone 6 and 6 Plus launch, not to mention Samsung's Galaxy Note 4 will join that list in a few weeks. And as if you didn't have a hard enough choice already, Sony's latest handsets are now available in the UK, too. With a design that's almost identical to the company's previous flagship, the Xperia Z3 crams future-proof specs into a thinner and lighter package. The Xperia Z3 Compact is for those who prefer a smaller device, and while some specs like screen resolution have taken a hit in the shrinking process, the Z3's powerful chipset and camera have made a full transition to the miniature model. But how much are they, and where can I get 'em?! Woah, calm down with the questions there buddy -- we got you covered.

As is the way with flagship phones, everyone's playing the game. That means you basically have your pick of carriers and retailers if you're headed down the contract route. MVNOs don't seem quite as keen on Sony's latest as the major players, with only giffgaff confirming it's ranging the Xperia Z3. It's available on contract for just under £22 per month with £50 upfront, or for £529 outright (though you might as well get a giffgaff SIM and unlocked device elsewhere instead).

If it's a SIM-free, unlocked model you're after, Unlocked Mobiles has by far the best deal currently at £499 all-in. Clove, Expansys, Amazon, Tesco (direct), gsmnation and Sony itself are all lagging behind by various degrees, though Carphone Warehouse wants the most for an unlocked Z3, flogging them for £550 a piece. (Note that not everywhere is showing available stock, but we expect that caveat to disappear shortly as listings get updated.)

The Z3 Compact is proving to be just as popular as its bigger brother where carriers and retailers are concerned. As with the full-fat Z3, giffgaff is the only MVNO interested in the Compact for now. It's available for £16.90 per month with £50 upfront, or for £419 if you don't fancy signing a contract (again, though, you can get a much better deal if you buy the phone elsewhere).

Clove is leading the pack when it comes to unlocked pricing, selling the Z3 Compact for just £349. Unlocked Mobiles isn't exactly a close second at £399, but it's still cheaper than offers from the likes of Tesco (direct), Expansys, Sony, Amazon and Carphone Warehouse. (Note that not everywhere is showing available stock, but we expect that caveat to disappear shortly as listings get updated.)

In this article: mobilepostcross, sony, sonyxperiaz3, sonyxperiaz3compact, uk-feature, xperiaz3, xperiaz3compact
All products recommended by Engadget are selected by our editorial team, independent of our parent company. Some of our stories include affiliate links. If you buy something through one of these links, we may earn an affiliate commission.