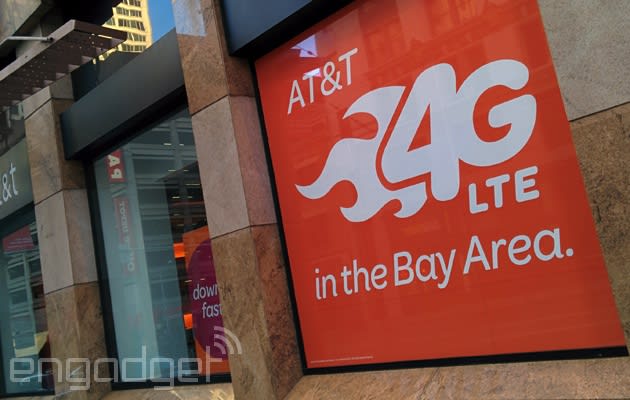 Given the avalanche of new smartphones this fall, there's a good chance that your data use is about to spike as you put that fresh hardware through its paces. If so, AT&T might just have you covered. It's running a promo between September 28th and October 31st that doubles the amount of data you get with its Mobile Share Value plans, whether or not you're a new customer. Signing up for the special rates nets you up to a hefty 100GB per month of shared data at the high end. However, the starter offer is arguably the best -- $130 per month (plus line fees) gets you 30GB to play with, which should hopefully accommodate your family's Netflix viewing habits. AT&T's deal isn't necessarily as sweet as what you'll get with Sprint or T-Mobile, which start at a respective $100 and $140 per month for roughly the same service. However, it's competitive enough that it could keep you on Big Blue's network for a little while longer.

Source: AT&T
In this article: att, carrier, mobilepostcross, mobileshare, mobilesharevalue, promotion, smartphone, wireless
All products recommended by Engadget are selected by our editorial team, independent of our parent company. Some of our stories include affiliate links. If you buy something through one of these links, we may earn an affiliate commission.