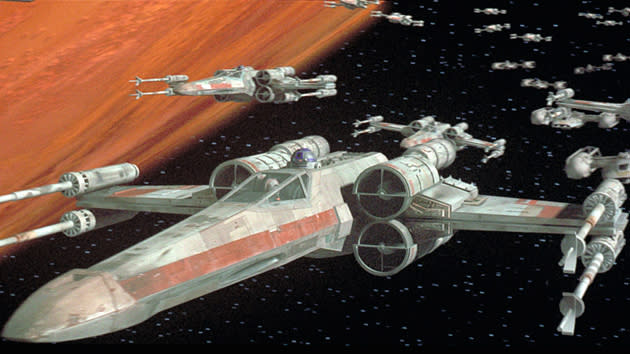 You're probably aware that most sci-fi space battles aren't realistic. The original Star Wars' Death Star scene was based on a World War II movie, for example. But have you wondered what it would really be like to duke it out in the void? PBS is more than happy to explain in its latest It's Okay To Be Smart video. As you'll see below, Newtonian physics would dictate battles that are more like Asteroids than the latest summer blockbuster. You'd need to thrust every time you wanted to change direction, and projectiles would trump lasers (which can't focus at long distances); you wouldn't hear any sound, either.

For that matter, even close-up combat might not happen. Given the sheer distances and the limits of the speed of light, it might look more like classic naval warfare, which was defined by limited ship-to-ship communication and long-range shots based on estimates. It wouldn't make for riveting entertainment, then, but that's fine -- despite the name, sci-fi is more about telling a good story than maintaining absolute realism.

In this article: hdpostcross, movies, physics, sci-fi, science, sciencefiction, space, spaceship, starship, television, tv, video
All products recommended by Engadget are selected by our editorial team, independent of our parent company. Some of our stories include affiliate links. If you buy something through one of these links, we may earn an affiliate commission.