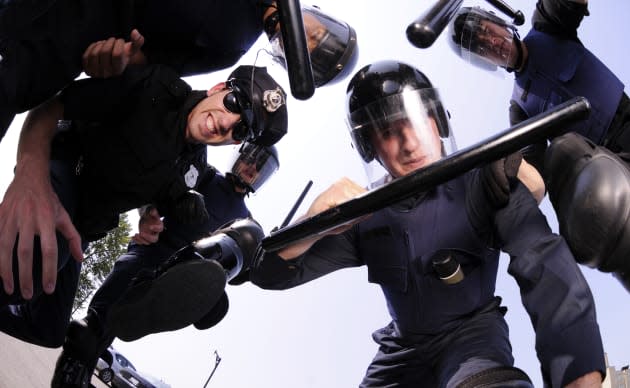 Various schools, libraries and ordinary American families might have been using a "security" software called ComputerCOP for years. After all, they probably got their copy from cops, attorney's offices or other branches of law enforcement, which tout it as a way to protect children online. Unfortunately, ComputerCOP isn't the digital protector children need -- according to tests conducted by the Electronic Frontier Foundation, it's actually a key-logging spyware that uploads unencrypted data to the software's servers. In other words, it uploads bank and email log-ins, social security numbers, among other sensitive data that can be easily intercepted and read by identity thieves, credit card hackers or even child predators.

As official as it looks, ComputerCOP is actually just spyware, generally bought in bulk from a New York company that appears to do nothing but market this software to local government agencies... Law enforcement agencies have purchased a poor product, slapped their trusted emblems on it, and passed it on to everyday people.

According to the foundation, law enforcement agencies typically buy between 1,000 and 5,000 copies of ComputerCOP for a few dollars per piece -- and yes, they use taxpayer dollars for the purchase. Within the past two years for instance, several Attorney's Offices, including San Diego's, bought 5,000 pieces for 25 grand. The foundation reckons there might be over a million copies out there, but admits it's possible that very few people have actually installed it, as its testers found it quite difficult to use. If you do know anyone who uses it religiously, though, make sure to send them EFF's full report, which details what ComputerCOP truly is and what it can do.

In this article: computercop, CopShow, keylogger, police, security, spyware
All products recommended by Engadget are selected by our editorial team, independent of our parent company. Some of our stories include affiliate links. If you buy something through one of these links, we may earn an affiliate commission.