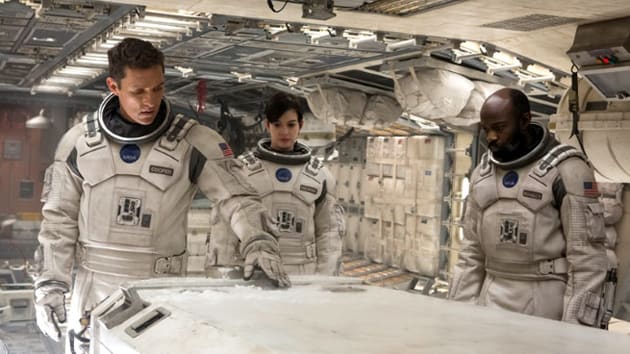 You've probably wanted to immerse yourself in a movie's fictional universe at some point. Well, you're about to get your chance -- if you live in the right city, anyway. Theaters in Houston, New York City, Los Angeles and Washington are hosting a virtual reality "first look" for Interstellar that lets you tour the space exploration flick's Endurance ship using an Oculus Rift headset. The experience is available in New York from October 6th through the 8th, and will swing through the remaining three cities over the course of the next two months. You can't watch Interstellar itself in VR, but this will at least give you a peek at another side (or really, many sides) of the sci-fi title that you wouldn't otherwise get.

Update (10/8): In case you didn't make it to the demo, there's a video (embedded after the break) to give some idea of what you missed.

Via: The Telegraph
Source: Interstellar
In this article: hdpostcross, interstellar, movie, movies, oculusrift, video, VirtualReality, vr
All products recommended by Engadget are selected by our editorial team, independent of our parent company. Some of our stories include affiliate links. If you buy something through one of these links, we may earn an affiliate commission.