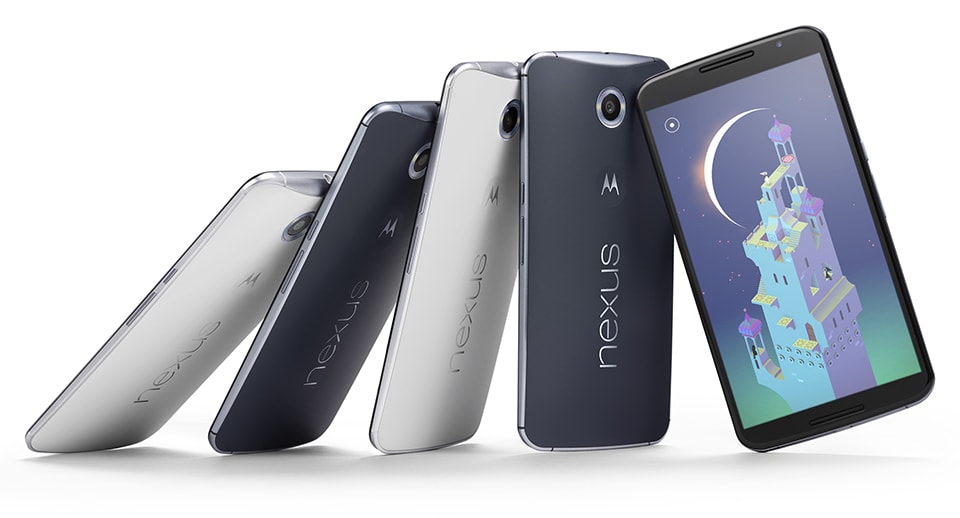 Forget the pomp and circumstance that comes with a formal launch event -- Google just outed the new Nexus 6 on its official Android blog, and it's just about everything the rumor mill said the Motorola-made device would be. The Nexus 6 is the first phone to run Android 5.0 Lollipop, and while it might look like a super-sized version of this year's Moto X -- down to the dual speaker grilles and the lock button/volume rocker placement along the phone's edge -- it packs plenty of notable improvements over its smaller, non-Nexus cousin.

A 5.9-inch Quad HD screen? Check? A more powerful Qualcomm Snapdragon 805 chipset, clocked at 2.7GHz? You betcha. Hefty 3,220mAh battery? Of course. A camera with optical image stabilization? Sure (though it's still a 13-megapixel sensor). It's as if Motorola addressed nearly every issue we had with the Moto X, and capped things off with a big ol' Nexus logo on the back. In fact, the only component that doesn't seem to have been upgraded is the dual-LED flash on the Nexus 6's back. What's a bit curious is that the Nexus 6 seems to come with at least one Motorola-conceived feature that isn't part of stock Android: Ambient Display debuted on the Moto 360, and fires up the screen when it can tell the user wants to check the time or their notifications.

That's great and all, but what about the really juicy tidbits? Well, the Nexus 6 will be available with either 32 or 64GB of internal memory (no word on a microSD slot, alas) and you've got your choice of Cloud White and Midnight Blue color schemes. Pre-orders for the Nexus 6 will kick off on October 29th with a full retail launch to follow some time in November, but expect to shell out more than a few pretty pennies for it. You'll be able to nab your own 32GB Nexus 6 sans contract for a whopping $649, making it the most expensive Nexus phone to date (though the decidedly non-Nexus Sony Z Ultra came in at the same price). Itching to pick it up with a little carrier discount? Not to worry: AT&T, T-Mobile, Sprint, US Cellular and Verizon Wireless will all be getting the Nexus at some point, and if a recent slip-up is any indication, it could be damn cheap. An error on AT&T's site suggested that the 6 could go for as little as $49.99 with a two-year contract -- if true, that'd make the Nexus half the price of the Moto X.

Source: Google Nexus, Motorola
Coverage: The Verge
In this article: android, android5.0, google, mobilepostcross, nexus, nexus6
All products recommended by Engadget are selected by our editorial team, independent of our parent company. Some of our stories include affiliate links. If you buy something through one of these links, we may earn an affiliate commission.