Hailo gets help from car giant Daimler to take on Uber 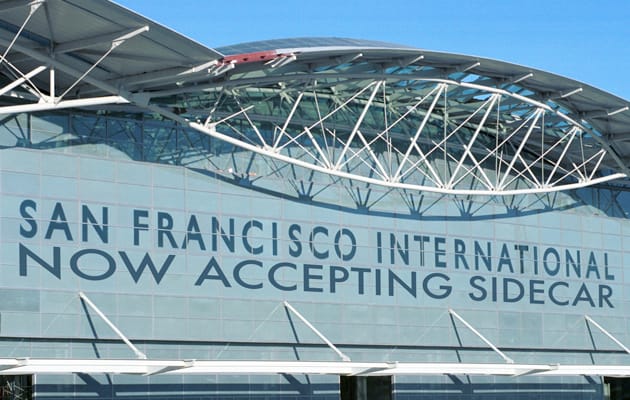 One of San Francisco District Attorney George Gascón's many complaints about ride-sharing services is that none of them had the permits necessary to take customers to SFO. Sidecar, however, has ticked that box by obtaining official permission to take passengers to and from their flights, albeit with two pretty big caveats. The first is that the permit is for a pilot program that SFO is running to study traffic congestion, so there's no word on how long this license will last for. Second, is that ride-sharing -- enabling several people to share a single car and reduce congestion -- is still not permitted at the airport, thanks to the California Public Utilities Commission. It's an odd piece of logic that Sidecar CEO Sunil Paul is more than happy to point out, and hopes that the CPUC iron out the holes in its thinking sooner rather than later. For the rest of us, we can be comforted in the knowledge that Sidecar will resume airport rides within the next 30 days.

Via: TNW
Source: Sidecar
In this article: Hailo, Lyft, ride-sharing, San Francisco, San Francisco Airport, SFO, Sidecar, Sunil Paul, Uber
All products recommended by Engadget are selected by our editorial team, independent of our parent company. Some of our stories include affiliate links. If you buy something through one of these links, we may earn an affiliate commission.