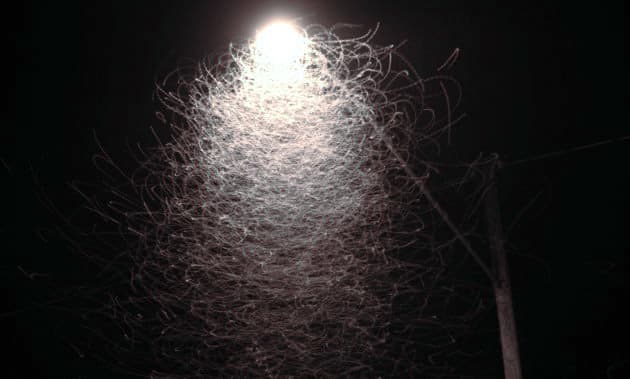 Blue-light emitting LED bulbs have taken off with consumers because they have few downsides -- they're bright, use far less energy and last much longer than other types. In fact, the inventors just won a Nobel Prize, proving their huge benefit to consumers and society. But it now appears there's a teeny issue: flying insects. Scientists in New Zealand tested blue-light LEDs (which look white due to a phosphor coating) against regular yellow-hued sodium-vapor streetlights. The result? The LEDs attracted nearly 50 percent more insects, regardless of the brand and type used. While that could be a pain for your next porch party, there's a more serious downside. The researchers said that when used on city street lamps, the bulbs could interfere with the food chain and even draw invasive species like gypsy moths.

Via: Physorg
Source: ESA Journals
In this article: Bulbs, Flying Insects, Insects, LED, Light Pollution, Scion, streetlights
All products recommended by Engadget are selected by our editorial team, independent of our parent company. Some of our stories include affiliate links. If you buy something through one of these links, we may earn an affiliate commission.