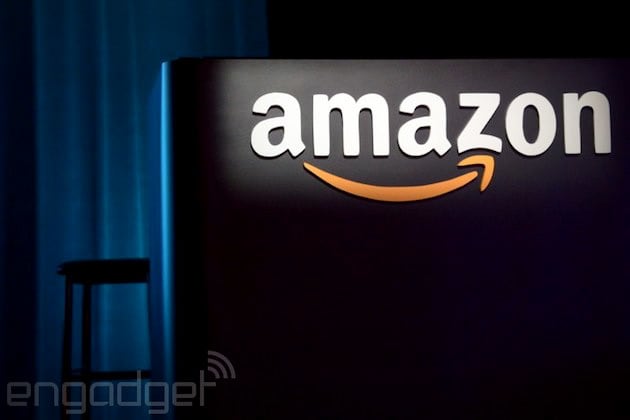 In case you didn't know, here's the crazy thing about Amazon: it isn't really known for turning a profit. Just think about that for a second. The company that wants to sell you everything, get it to you by any means necessary and serves as the backbone for a considerable chunk of the internet doesn't usually make money at the end of the day. And even with that financial truth entered into the record, people -- from Wall Street types to armchair prognosticators -- cheer whenever Amazon avoids losing as much money in a quarter as they expect it to. Today is not one of those days.

Amazon's Q3 results dropped not too long ago, and it packs some big numbers. While the Everything Store raked in $20.58 billion in revenue (which is more than what most small countries make in a year) it just wasn't enough to please those pesky shareholders -- the company's stock price is down over 10 percent in after-hours trading. Amazon's business model is the epitome of spending money to make money, except what operating profits they do post are pretty meager and big losses like today's (think $437 million) aren't rare. In fairness, this quarter has been a really busy one for the folks in Seattle. After all, Amazon snapped up Twitch for a billion dollars, expanded its same-day delivery service in six cities across the United States, and launched a phone that no one actually seems to want (if you're reading, Bezos, we'd still like hard sales numbers for that thing). The question is, how much longer can Amazon afford to spend and spend and acquire and expand and develop before shareholders -- the people who back the company with their own money -- decide that Amazon's not going where they want it to?

Update: So our wishes for firm Fire Phone sales numbers haven't been answered, but we've now got a better idea of how it's doing thanks to the company's CFO. During the company's earnings conference call, Amazon's Tom Szkutak said it took a $170 million hit "primarily related to Fire phone inventory valuation and supplier commitment costs." Yikes.

Source: Amazon
In this article: amazon, e-commerce, earnings, firephone, kindle, kindlefire
All products recommended by Engadget are selected by our editorial team, independent of our parent company. Some of our stories include affiliate links. If you buy something through one of these links, we may earn an affiliate commission.