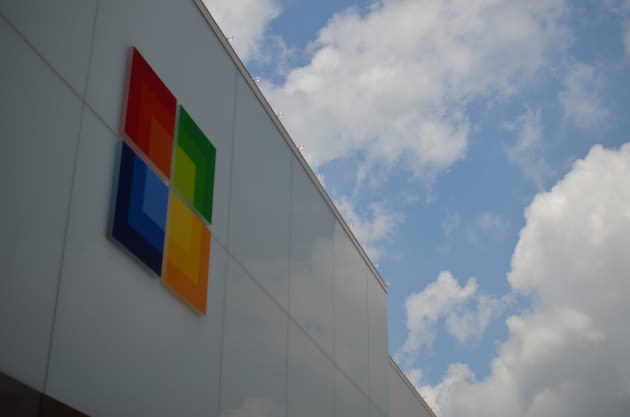 The cloud has been a solid source of income for Microsoft in recent times, and while the company is still in the middle of a huge transition, the future is looking bright under recently appointed CEO Satya Nadella. Today, Microsoft released its earnings report for the first fiscal 2015 quarter, with the main takeaway being the growth of its Devices and Consumer revenue by 47 percent, to $10.96 billion, bringing the total to $23.20 billion in overall revenue, a 25 percent increase compared to the same period last year. In other words, business is superb over in Redmond.

Part of the reason for this is how successful its productivity suite, Office 365, has been -- there are now over 7 million subscribers to the Home and Personal software. What's more, Microsoft revealed that the Surface Pro 3 drove the momentum of its Surface line to a revenue $908 million, nearly doubling the amount of the previous quarter; meanwhile, 2.4 million Xbox units were sold during the term, though the company didn't specify how many of those were for its newest console, the Xbox One.

Beyond that, its smartphone efforts continue to be on the rise. The phone hardware business totaled $2.6 billion and 9.3 million Lumias were sold, which is an even better figure than the record 8.8 million sales reported within the same timeframe last year. "We delivered a strong start to the year, with continued cloud momentum and meaningful progress across our device businesses," Microsoft's Executive Vice President and CFO Amy Hood said in a statement from the company. "We will continue to invest in high-growth opportunities and drive efficiencies across the organization to deliver long-term shareholder value."

Even though Microsoft's profits went down to $4.3 billion during the quarter, in comparison to $5.2 billion from the same quarter last year, the company said during today's conference call that it is rather confident about the outlook of both its enterprise and consumer segments. And, if these recent figures are any indication, it very well should be.

Source: Microsoft
In this article: hands-on, Microsoft, Microsoft Earnings, Office365, Satya Nadella, SatyaNadella, Surface Pro 3
All products recommended by Engadget are selected by our editorial team, independent of our parent company. Some of our stories include affiliate links. If you buy something through one of these links, we may earn an affiliate commission.