The road to Grandmaster is not for the weak. One must be willing to 'play' for hours, days, and months – even years – to get better. The learning curve can be incredibly unforgiving towards a beginner. Forget to scan the battlefield? You could lose you entire Marine army to some burrowed Banelings. Forget to build anti-air defenses? A couple of Void Rays could take out your entire base. Forget to build workers? You won't lose the match immediately, but you'll get destroyed once the game enters its middle phase. And then, of course, there's the cheese – the ludicrous, yet powerful strategies that lead to an instant win or loss. There's six leagues for amateur players: Bronze (13% of players), Silver (27%), Gold (33%), Platinum (15%), Diamond (11%), and Master (2%). Eventually, after hundreds of matches, amateur players will improve and advance on the ladder, albeit slowly. Strategies vary between each tier and depending on the faction players choose to master. 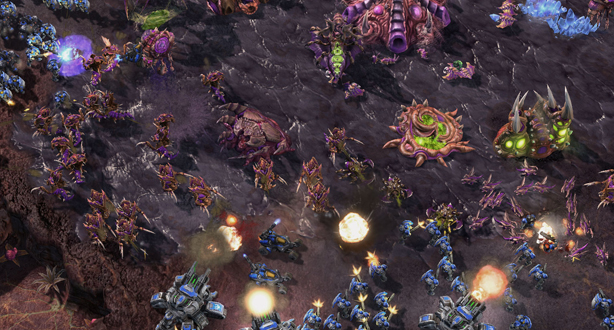 For a time, he also offered tutoring to less experienced players [video below] at the rate of $100 an hour, though his teaching days have come to an end due to his own self-professed lack of patience. When teaching bronze and silver league players, Bonnell took a big picture approach. Rather than teaching the micro-intensive – individual controlling of units, which would boost a player's actions per minute – Bonnell was more concerned with economy, build order, and overall strategy: the "macro" side of the game.
"When you get into the Master's area, and you want to make progress towards being a Grandmaster, [then] it might be time to take a look at your mechanical prowess," Bonnell says. "APM is just one way of measuring it. It's possible to have high APM and still have bad control over your units, however. It's not the be-all and end-all, and it certainly doesn't tell anywhere close to the whole story." 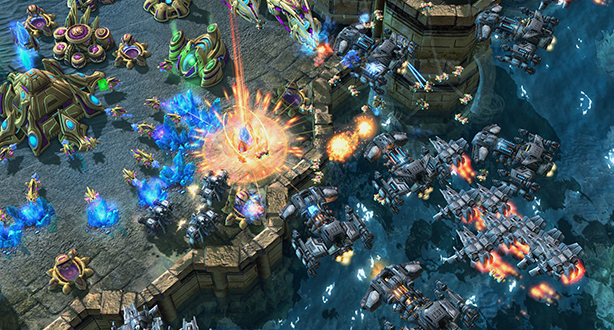 "You would work on your APM the same way you work on anything else - practice," Bonnell adds. "You just have to play more and more and more until your fingers can mechanically remember the positions they need to be in. The speed will come in time."
[Images: Blizzard]
Kevin James Wong is a freelance writer based out of Queens, NY., with work featured both online and in print at VIBE, Complex, Salon, Racialicious, and PopMatters. Follow him on Twitter.
In this article: Blizzard, Blizzard-Entertainment, mac, pc, Recommended, StarCraft-2, starcraft-2-heart-of-the-swarm
All products recommended by Engadget are selected by our editorial team, independent of our parent company. Some of our stories include affiliate links. If you buy something through one of these links, we may earn an affiliate commission.