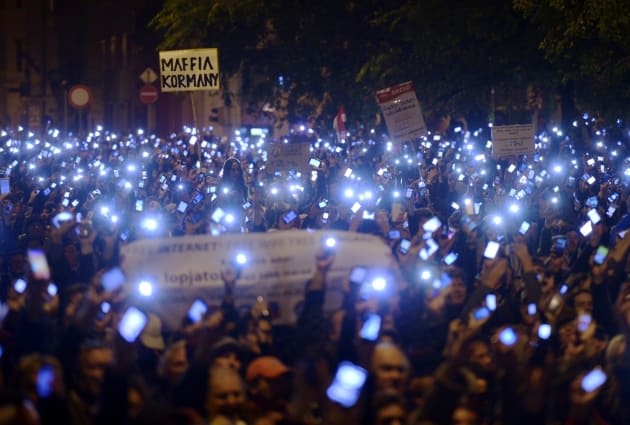 Barely a week after it was first proposed, Hungary's internet tax looks to be dead in the water. Tens of thousands of Hungarians took to the streets last weekend to protest the tax, which would have seen internet use charged per gigabyte transferred. The plan was expected to rake in around $80 million per year, mostly from companies, but following the protests Hungary's Prime Minister Viktor Orban said it "cannot be introduced in its current form," explaining that it was intended as a "telecommunications tax," but was perceived as an "internet tax." Instead, the Hungarian government will enter a period of "national consultation" for "a long time" to rework the proposal to the public's liking. With their goals achieved, it's unlikely protesters will return to the streets this weekend. Victory parade, anyone?

Via: Sky News
Source: Reuters
In this article: europe, Hungary, Internet, internet tax, protest, Viktor Orban
All products recommended by Engadget are selected by our editorial team, independent of our parent company. Some of our stories include affiliate links. If you buy something through one of these links, we may earn an affiliate commission.