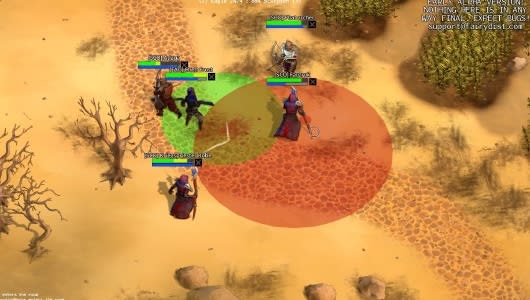 The indie sandbox Das Tal is feeling a little more vindicated today, as the title announced that the community voted to Greenlight it on Steam following a three-month campaign. The studio said that it will now be figuring out "how best to use Steam's platform" as the alpha MMO moves forward.

Riding high off of the announcement, the Das Tal team announced that it will not be looking for further funding through a Kickstarter but will be selling development supporter packages instead. These packs go from $30 to $200 and include trial keys, alpha access, name reservations, and concept art.
Source: Greenlight notice, Dev support packs
Coverage: Das Tal on Steam
In this article: alpha, alpha-access, art, beta, closed-beta, das-tal, das-tal-summary, fairytale-distillery, fantasy, greenlight, packs, promotion, pvp, pvp-sandbox, sandbox, steam, steam-greenlight
All products recommended by Engadget are selected by our editorial team, independent of our parent company. Some of our stories include affiliate links. If you buy something through one of these links, we may earn an affiliate commission.