SilverPush claims its TV monitoring app didn't snoop on you 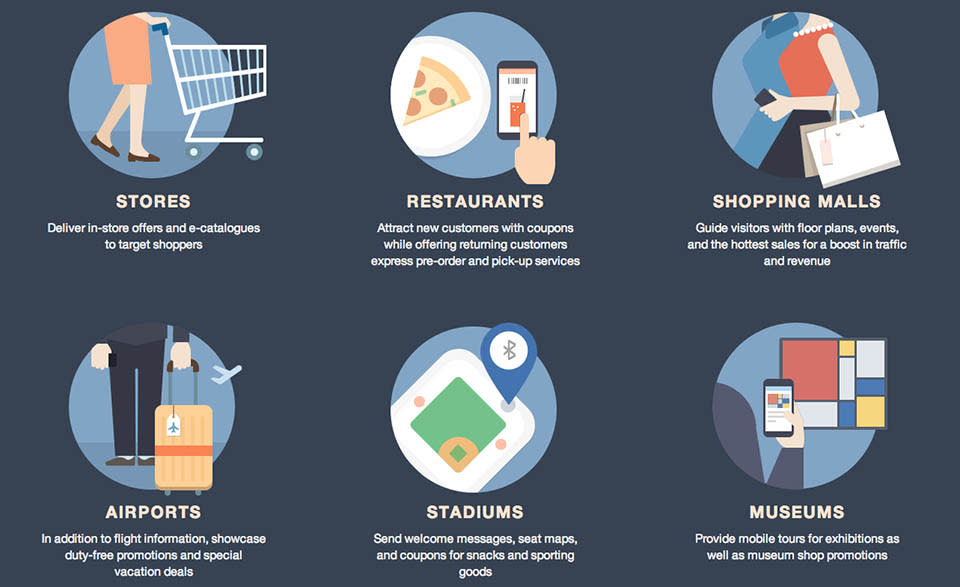 Tired of only seeing adverts 99 percent of the time? While Apple's already announced intentions to take over the final one percent with iBeacon, Samsung's just today getting in on the action. The Korean electronics giant has a website introducing Samsung "Proximity," a "mobile marketing platform that connects consumers with places via cutting-edge Samsung location and context-aware technology." As nakedly awful as that sounds, the "marketing platform" described sounds a lot like Apple's iBeacon -- technology that enables communication between your mobile device and the places you go.

For example! Say you're in Macy's getting a fancy new cashmere shawl. If Macy's has iBeacon/Proximity set up (via in-store transmitters), the store could tell you what's on sale, what might match, and a variety of other information. That information could be helpful (clothing match suggestions), it could be nonsense ("spend over $1,000, get 15 percent off!"), and it could be somewhere in-between.

The difference between Apple's iBeacon and Samsung's Proximity is how the service functions on your mobile device. With Apple, iBeacon is enabled through the App Store software; with Proximity, it functions on a system level. That means potentially deeper integration for companies employing proximity-based beacon technology -- think push notifications and the like. It also means you won't need the Macy's app (or any other) to get those crucial shawl suggestions.

In this article: beacons, ibeacon, mobilepostcross, proximity, samsung, samsungproximity
All products recommended by Engadget are selected by our editorial team, independent of our parent company. Some of our stories include affiliate links. If you buy something through one of these links, we may earn an affiliate commission.