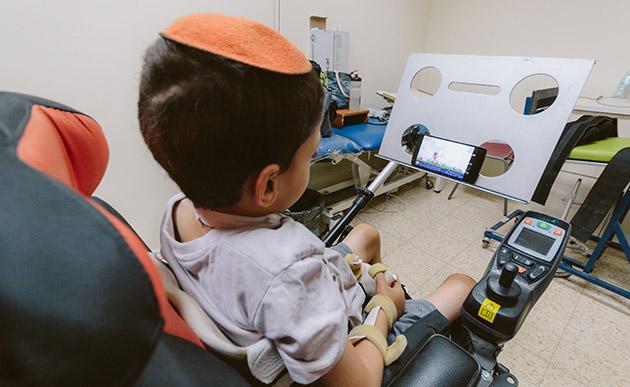 In the Arabian Nights story, whenever Ali Baba shouts "Open Sesame," the door to the den of the Forty Thieves opens. But for the 10 beta testers of the Sesame phone, uttering that phrase means unlocking their smartphones without the use of their hands. Once the touch-free phone is active, users merely have to move their heads to control the cursor on screen. And yes, they can do anything a smartphone's capable of, including sending messages and emails, taking/making calls and downloading apps. They can even play games like Angry Birds and Candy Crush by using head gestures. Once they're done, they simply have to say "Close Sesame" to lock their phones again.

The touch-free smartphone is actually a modified Nexus 5, installed with the Sesame software (on top of the Android platform), which is the one that recognizes voice commands and head gestures through the front-facing camera. This software works only with the Nexus 5 for now, but its developers plan to bring it to other devices in the near future. Speaking of developers, Sesame was created by Israeli veteran Giora Livne, who's been a quadriplegic for past nine years, along with Oded Ben Dov, who once developed a gesture-controlled mobile game. Livne got tired of not being able to send texts or emails on his own ever since he lost control of his limbs, so when he saw the app developer on TV demonstrating a game controlled with head gestures, he challenged Oded to make a hands-free phone with him.

As you've likely guessed, the technology was created not only for quadriplegics, but also for people with ALS, cerebral palsy, severe Parkinson's or arthritis or Carpal Tunnel Syndrome, and Multiple Sclerosis, among other illnesses -- mainly, for those who don't have full control of their hands anymore. Anyone interested can get a Sesame phone package (a Nexus 5 that comes with the Sesame software out of the box) through its Indiegogo campaign by pledging at least $350. Its creators are trying to raise $30,000 from the campaign in order to put finishing touches on a final working prototype and to bring it to production. If all goes well, those who pledged for the device will get their package as early as March 2015.

In this article: IndieGoGo, mobilepostcross, sesame, touch-free
All products recommended by Engadget are selected by our editorial team, independent of our parent company. Some of our stories include affiliate links. If you buy something through one of these links, we may earn an affiliate commission.