California secretly listened to cellphone calls from the air

The CIA is giving its surveillance tech to US law enforcement

Flying fake cell towers target fugitives, but can ID your phone too 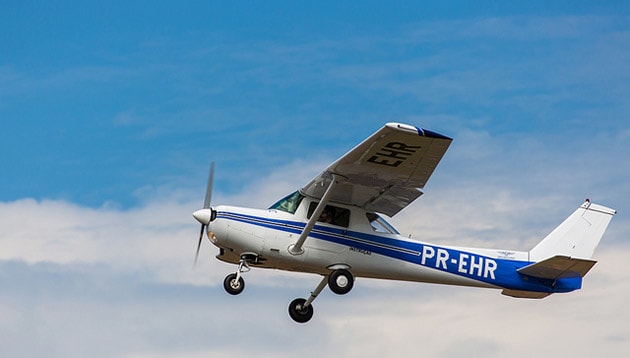 In the US, the Justice Department's Marshals Service office is putting fake cell towers on planes in an effort to catch criminals by tracking down their phones. The problem is, those fake towers don't discriminate and end up collecting data from tens of thousands of phones per flight, according to The Wall Street Journal. These two-foot-square fake towers nicknamed "dirtboxes" (because they were made by Boeing subsidiary Digital Recovery Technology Inc. or DRT, get it?) are reportedly placed aboard Cessna planes that fly out from at least five metro-area airports. They trick phones into thinking that they're the strongest towers in the area, so devices would automatically link up with them. When the phones are connected, they then collect their unique registration information, as well as their general locations -- and no encryption is strong enough to prevent them from doing so.

These dirtboxes are also sophisticated enough to mimic a particular provider. If a drug dealer under surveillance uses Verizon, for instance, then the machine pretends to be a Verizon cell tower and connects only to all the carrier's subscribers in the area. Once a target's phone is identified (at which point, connections to other people's phones are dropped), the box can pinpoint his location within 3 meters and down to a specific room. The WSJ's sources wouldn't reveal how often planes loaded with these boxes are deployed (they have a flying range that covers the whole country's population, by the way), but they said the Cessnas fly out regularly to target a handful of criminals per flight.

Obviously, the more densely populated the target area is, the more data the boxes collect, but it's unclear what steps are in place to safeguard innocent people's information. It's also unclear at this point if they've ever used the newer dirtboxes' capabilities, which include jamming phones and extracting messages, photos and other data remotely. If you're thinking, "Hmmm fake cell towers? Those sound ominously familiar," it's because this isn't the first time authorities used them. In fact, this dirtbox project sounds like a larger, airborne version of a previous one, wherein feds placed fake towers called "stingrays" in moving cars.

Apparently, even people within the Marshals Service are questioning whether using these dirtboxes is legal and surmise that the judges who approve search operations that use them don't fully understand the project's breadth and ramifications. As one of the WSJ's sources said: "What is done on U.S. soil is completely legal. Whether it should be done is a separate question."

Want to learn more about "dirtboxes" and other phone tracking gear? I have a 70 page law review article on this tech: http://t.co/5exg1c2tsj

Source: The Wall Street Journal
Coverage: Your Secret Stingray's No Secret Anymore, DRTBOX and the DRT Surveillance Systems
In this article: dirtbox, fakecelltowers, security, surveillance
All products recommended by Engadget are selected by our editorial team, independent of our parent company. Some of our stories include affiliate links. If you buy something through one of these links, we may earn an affiliate commission.