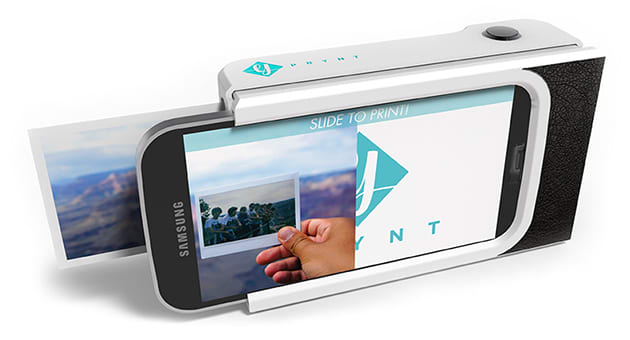 The allure of instant photo printing may have passed for most folks, despite some semblance of Polaroid hanging around, but a French startup is looking to rekindle the habit. The company is working on Prynt: a phone case that packs a compact printer inside a frame that resembles a point-and-shoot camera. Right now, prototypes are capable of putting ink to paper for physical copies in just under a minute; however, final models will reduce that time to under 30 seconds. The shell also houses 10-30 sheets of paper for individual prints, and thanks to a companion app, outputs can be used to view captured videos with bit of augmented reality magic. There's a physical connection to your phone too, so you won't have to rely on Bluetooth or WiFi to send flies along. Of course, Prynt has a long way to go, but a Kickstarter is planned for early next year where the first units will be available for $99.

Via: Tech Crunch
Source: Prynt Case
In this article: android, case, instantphotography, iphone, mobilepostcross, phonecase, printer, prynt, pryntcase
All products recommended by Engadget are selected by our editorial team, independent of our parent company. Some of our stories include affiliate links. If you buy something through one of these links, we may earn an affiliate commission.