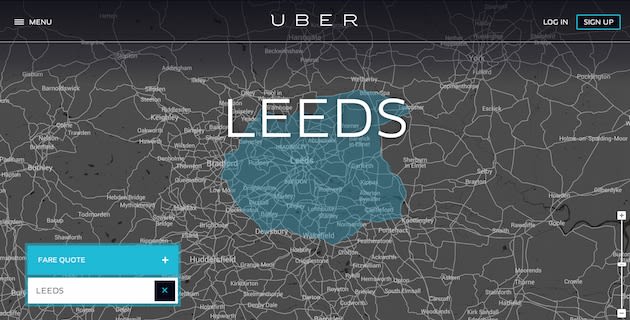 Uber's UK footprint might be small, but it's already come in for some heavy criticism, especially in London. As competitors ready new services in an attempt to leverage more custom, Uber has decided its ready to expand beyond London and Manchester by heading to Yorkshire, or more specifically, Leeds. As of now, city residents will be able to pull out their smartphone to hail an UberX ride (the company's lowest-priced service) to move about the city. Hailo already operates in the area, but only offers traditional taxi pickups, giving Uber the opportunity to steal a march its rivals with its popular private hire service.

Source: Uber Blog
In this article: leeds, london, manchester, taxi, uber, uberx, uk-feature
All products recommended by Engadget are selected by our editorial team, independent of our parent company. Some of our stories include affiliate links. If you buy something through one of these links, we may earn an affiliate commission.