Formula 1's underdogs struggle with the technical challenges of the sport

HTC Vive Pro McLaren Edition is made for Formula One fans 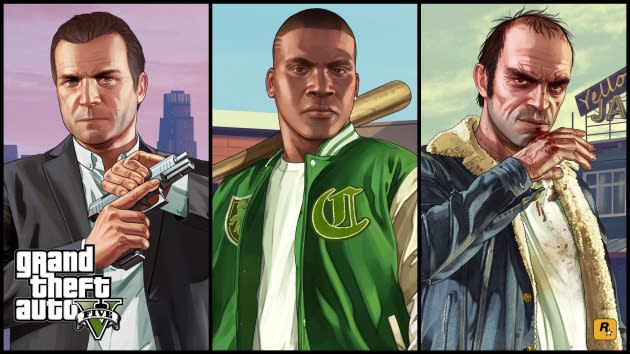 We meet again. Last year GTA V debuted on on the Xbox 360 and PS3, and now a refreshed version is ready to ship on new-gen consoles (PC ships next year). The PS4 and Xbox One have 1080p, 30fps presentations with a slew of upgrades, you can check out our stream of the X1 version here. Of course, that's not all that's new as Netflix prepares to stream season three of Lilyhammer. Other videogame debuts include Far Cry 4 and WWE 2K15, while Disney is bringing a trio of Studio Ghibli flicks to Blu-ray: Princess Mononoke, Kiki's Delivery Service and The Wind Rises. The F1 series is coming to a close in AbuDhabi, while Formula E tees up its second race in Putrajaya. Look after the break to check out each day's highlights, including trailers and let us know what you think (or what we missed).

In this article: f1, gtav, hdpostcross, lilyhammer, listings, MustSeeHdtv, video
All products recommended by Engadget are selected by our editorial team, independent of our parent company. Some of our stories include affiliate links. If you buy something through one of these links, we may earn an affiliate commission.