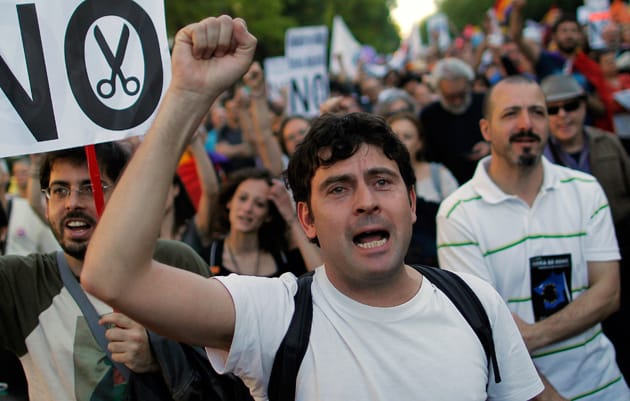 Governments aren't usually quick to react to changes in demographics. They frequently have to take surveys that are not only slow, but don't always paint a complete picture of what's going on. Researchers at the Autonomous University of Madrid have discovered a far more effective way of keeping tabs on the population, however: tracking Twitter updates. They've found that the content, frequency and timing of tweets across Spain correlate well with joblessness levels in their respective regions. People in high unemployment areas tend to not only mention jobs more often in their posts, but tweet more in the morning and make a larger number of spelling mistakes. Since it's both easy and quick to collect that information, it's possible to track economic patterns almost as they happen -- you can see when a financial crisis hits a city hard, or when there's a job boom.

The study doesn't guarantee that Twitter-based tracking will work elsewhere. The university only looked at several months' worth of tweets in Spain; their methods would have trouble in areas where Twitter isn't popular, of course, and it's hard to say if it would fly in many other countries. However, the findings suggest that governments could supplement their usual data with social network stats and make quicker policy decisions about all kinds of issues. They could even respond to disasters sooner than usual. This doesn't mean that officials would make smarter decisions, but they might not have to wait years to realize that they've made mistakes.

Via: MIT Technology Review
Source: arXiv.org
In this article: autonomousuniversityofmadrid, data, datamining, employment, internet, joblessness, jobs, spain, twitter, unemployment
All products recommended by Engadget are selected by our editorial team, independent of our parent company. Some of our stories include affiliate links. If you buy something through one of these links, we may earn an affiliate commission.