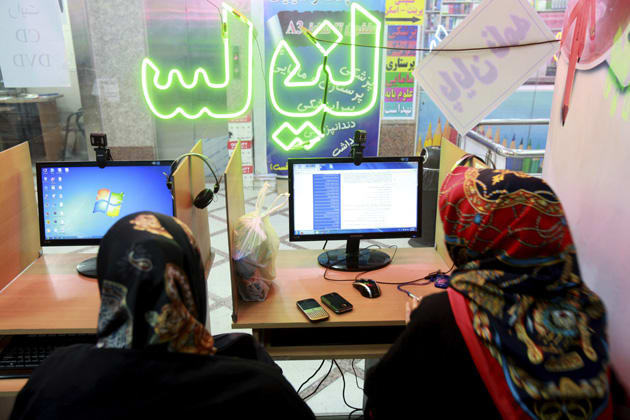 Iran's current approach to internet censorship typically isn't subtle -- either you get unfettered access, or (more often) you don't see a site at all. However, the country's government is about to take a more measured approach to blocking online content it doesn't like. It's deploying "intelligent filtering" that tries to restrict only the material deemed "criminal or unethical," rather than cutting off an entire service. The smarter filter is only active on one social network (most likely Instagram) as part of a test phase, but it's expanding to more sites within the next six months. Ultimately, the nation wants to use this technology on "all networks."

This surgical method reflects President Rouhani's belief that internet access is vital to his country, and it's good news for Iranians who've had to jump through hoops to see even the "safe" content on forbidden services like YouTube. However, residents might not want to celebrate just yet. Filters have a tendency to block more than intended, and locals will likely still need a virtual private network (VPN) to see the full internet. But hey, it's a start -- Iran is at least acknowledging that blanket bans do more harm than good.

Via: Reuters
Source: IRNA
In this article: censorship, filter, filtering, freedom, freespeech, internet, iran
All products recommended by Engadget are selected by our editorial team, independent of our parent company. Some of our stories include affiliate links. If you buy something through one of these links, we may earn an affiliate commission.