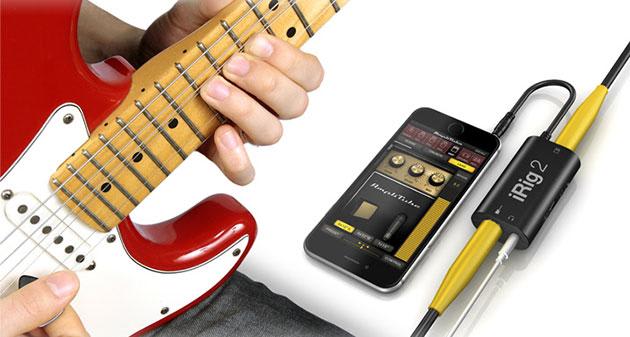 IK Multimedia has been cranking out new versions of its iRig guitar adapter for phones and tablets for nearly five years. Here at CES 2015, there's yet another update. The iRig 2 still allows you to connect that axe to an iOS, Mac or Android device, but this time around, there's a 1/4-inch output jack, so you can use the company's mobile apps (like AmpliTube) alongside an amp with ease. It also means that, if you so choose, you could make that mobile device part of an effects loop, or replace it entirely. Sure, the sound of individual pedals is hard to beat, but this setup aims for convenience. There's also a headphone jack to keep from annoying bandmates, and while the onboard gain control returns, a new toggle switch will bypass the connected mobile device entirely. If you're considering giving it a go, the accessory will be available during Q1 for $39.99/€29.99.

In this article: accessories, audio, ces, ces2015, guitar, ikmultimedia, irig2, peripherals
All products recommended by Engadget are selected by our editorial team, independent of our parent company. Some of our stories include affiliate links. If you buy something through one of these links, we may earn an affiliate commission.