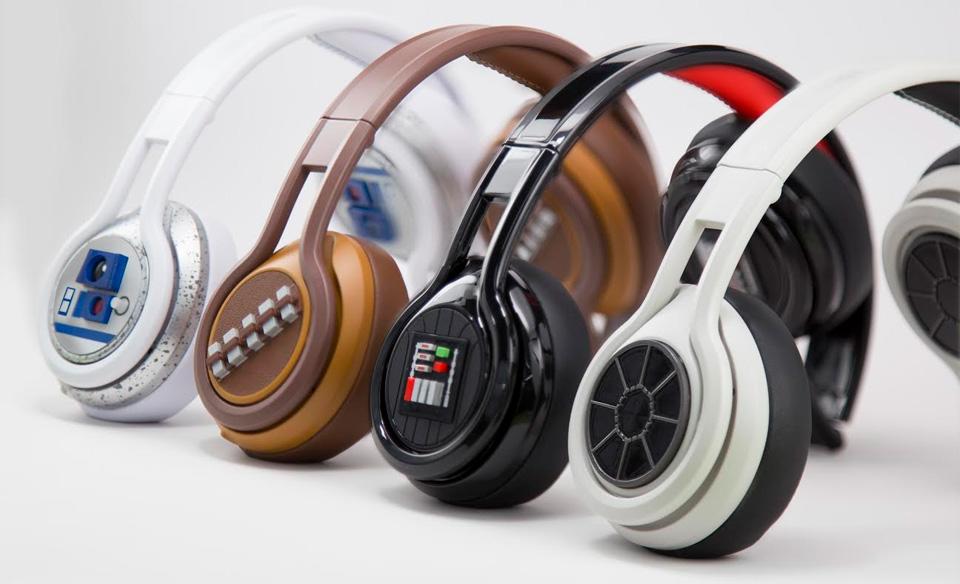 Last year, when 50 Cent's SMS Audio released a line of Star Wars-themed headphones, it was something for the fans. This year, 50's riding on some good timing. With the movie trailer for The Force Awakens still lingering in many people's retinas, SMS Audio is launching a second line of on-ear cans inspired by the franchise. This year it's R2D2, Chewbacca, Darth Vader and the TIE Fighter that get immortalized as headphones (joining Rebel Alliance, Stormtrooper, Galactic Empire and Boba Fett models from 2014). There's mention of passive noise canceling, as well as 40mm drivers to deliver the sound. Each pair costs $200 and will available sometime in Q2 this year -- much less of a wait than for the next movie installment, at least.

In this article: 50cent, ces, ces2015, Chewbacca, darthvader, headphones, r2d2, smsaudio, SMSAudioStarWars, starwars, sync, tiefighter
All products recommended by Engadget are selected by our editorial team, independent of our parent company. Some of our stories include affiliate links. If you buy something through one of these links, we may earn an affiliate commission.