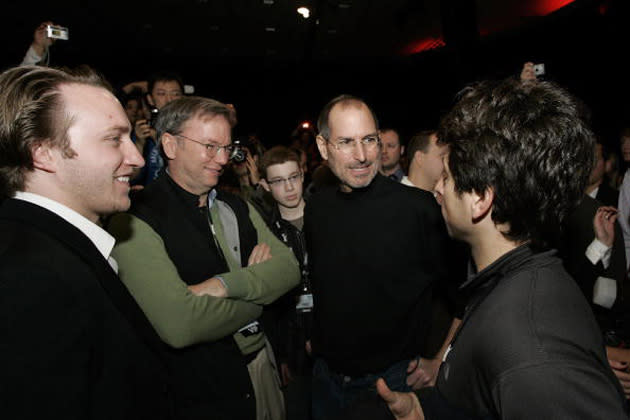 When Adobe, Apple, Google and Intel first offered a settlement to workers to make up for shady no-poaching pacts that kept salaries down, both the court and plaintiffs balked. They thought the $324.5 million was too low given the years of allegedly lost income and the financial clout of the tech giants involved. The Silicon Valley quartet is ready to give it a second shot, though. They've reached a new settlement that they hope will pass muster and avoid a full-blown trial in April.

It's not clear what the updated figure is just yet -- it's due "imminently," Google says -- but there is a ballpark range. Judge Lucy Koh believes that these employees are due at least $380 million if they want to match the compensation ratios of companies like Disney (which owns Lucasfilm and Pixar) and Intuit when they settled their part of the case in 2013. The final tally may be considerably higher than that, however. A New York Times tipster claims that the new settlement is up to a hefty $415 million.

Whether or not Judge Koh and the workers like it is another matter. Plaintiffs rejected the earlier sum not just because of the low expected payout, but because they didn't think it deterred these tech firms from repeating bad behavior and making it hard for staff to receive job offers from rivals. The larger rumored figure is definitely an improvement on that front, but it's still a drop in the bucket for industry powerhouses that frequently make billions of dollars in profit per quarter. While the companies have already mended their ways, there's no guarantee that this latest agreement will convince the judge that they've learned their lesson.

In this article: adobe, apple, google, intel, jobs, lawsuit, poaching, settlement
All products recommended by Engadget are selected by our editorial team, independent of our parent company. Some of our stories include affiliate links. If you buy something through one of these links, we may earn an affiliate commission.