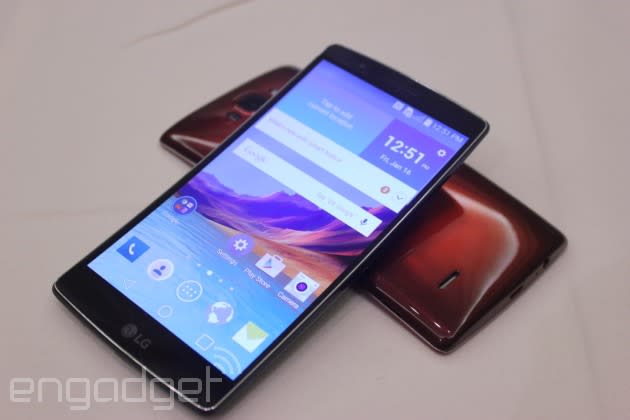 LG is still trailing Samsung and Apple in total smartphone sales (and profits from them), but the company just revealed its financial data for the last year and has plenty to be happy about. It sold 59.1 million smartphones last year, up nearly a quarter from what it moved in 2013. The report didn't explain when we can expect the G Flex 2 in the US or leak what's in the next big G series phone, but said the company will "concentrate on improving its brand power, operating more efficiently, and focusing on selective key markets." Its TV business is doing well too, where profits grew 31 percent from last year to $482 million. Still, the company had a net loss in the last quarter of 2014 because of write-offs related to shutting down its plasma TV business as it ramps up Ultra HD and OLED.

In this article: 2014, earnings, financials, hdpostcross, lg, mobilepostcross, q42014
All products recommended by Engadget are selected by our editorial team, independent of our parent company. Some of our stories include affiliate links. If you buy something through one of these links, we may earn an affiliate commission.