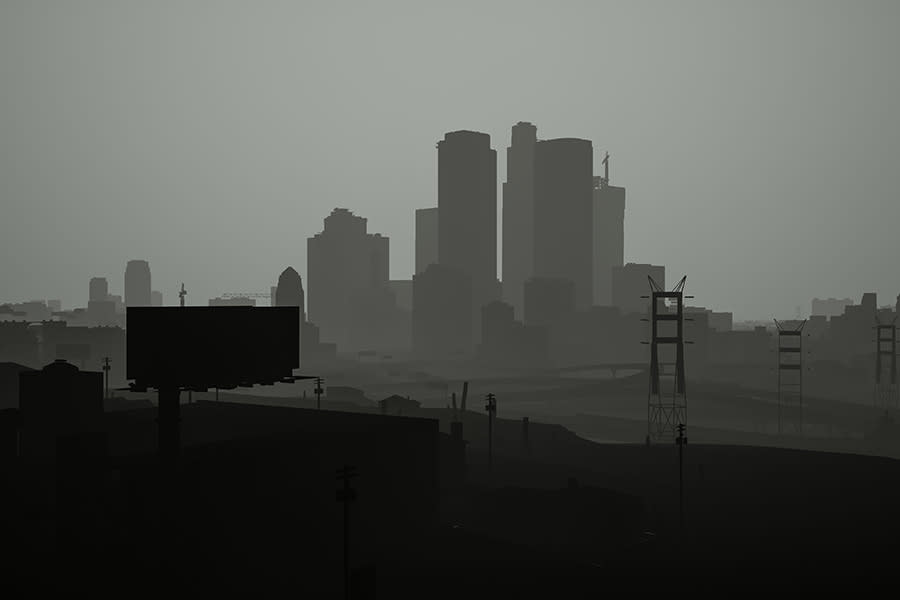 Hello darkness, my old friend. No the image above isn't a minimalist poster for the Jack Nicholson classic Chinatown on Etsy, it's what Grand Theft Auto V's version of Los Angeles looks like when the game's textures are stripped away, leaving just the architecture behind. It's part of a series dubbed los_santos.obj by Kim Laughton, and should you be in the far east, you can check it out at China's Monadigital. As a few of Kotaku's commenters point out, the pieces look just a bit like the indie adventure game Kentucky Route Zero. We're curious, though: What do you think? Monadigital's website was down last we checked, but Laughton's posted more from the series on her Tumblr page in case you're interested in seeing more.

In this article: art, gaming, GtaV, hd, hdpostcross, kimlaughton, monadigital, ps3, ps4, TheBigPicture, Xbox360, XboxOne
All products recommended by Engadget are selected by our editorial team, independent of our parent company. Some of our stories include affiliate links. If you buy something through one of these links, we may earn an affiliate commission.