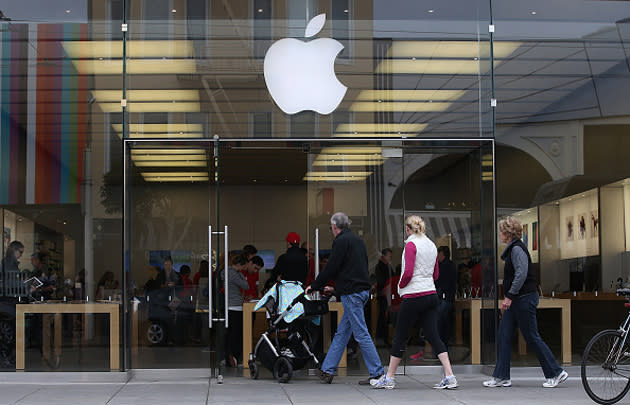 Apple has long had dreams of bringing more manufacturing to the US, but the reality has been harsh at times -- the Arizona sapphire plant it helped build went down the tubes last year after its key partner, GT Advanced, went bankrupt. However, the tech giant has at least managed to salvage something out of this messy situation. Apple tells Bloomberg that it's converting the failed factory into a solar-powered "command center" for its worldwide networks. The effort will see it pour $2 billion into the facility (one of Apple's biggest investments yet, the company claims) and create 150 direct jobs, not to mention 300 to 500 related positions in construction and support. It's not clear when the data center will be ready, but GT has control of the place until the end of 2015.

The handover is good news if you were worried that the plant would languish. With that in mind, it's apparent that this isn't quite what Apple was envisioning when it gave GT Advanced a $578 million loan back in November 2013. Originally, the goals were to both create 2,000 jobs and add to an American manufacturing base that includes the Mac Pro factory and a screen glass plant in Kentucky, among others. While the command center undoubtedly helps soften the blow of a sapphire deal gone south, it's not going to mollify critics who think Apple still leans too heavily on overseas production.

In this article: apple, datacenter, gtadvanced, icloud, internet, mobilepostcross, sapphire
All products recommended by Engadget are selected by our editorial team, independent of our parent company. Some of our stories include affiliate links. If you buy something through one of these links, we may earn an affiliate commission.