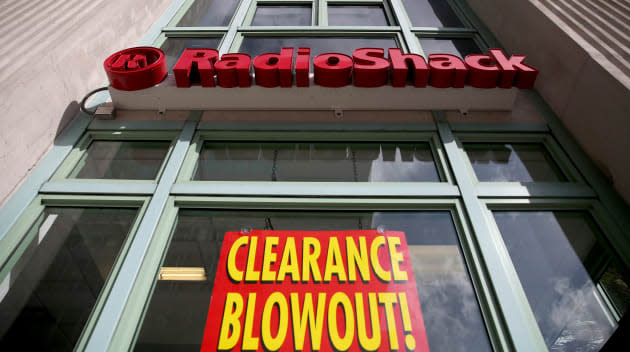 As expected, RadioShack filed for Chapter 11 bankruptcy today. The electronics store has had 11 unprofitable quarters in a row that apparently even Weird Al and a drone, concept stores and Arduinos couldn't turn around. We've seen many electronics retailers fade out over the last few years, but most don't have a 94-year history behind them. In the immediate future, Reuters reports the company has a deal with its largest shareholder, Standard General to sell between 1,500 and 2,400 of its 4,000 stores. In turn, Sprint has an agreement to expand to about 1,750 of those stores, taking up about one-third of the space. TechCrunch posted a copy of the filing, and right now it's expected that the remaining stores will be closed, assuming the store's lenders approve of the deal -- leaving us with one fewer place to go when need a battery right now.

In this article: bankruptcy, chapter11, mobilepostcross, RadioShack, retail, sprint
All products recommended by Engadget are selected by our editorial team, independent of our parent company. Some of our stories include affiliate links. If you buy something through one of these links, we may earn an affiliate commission.