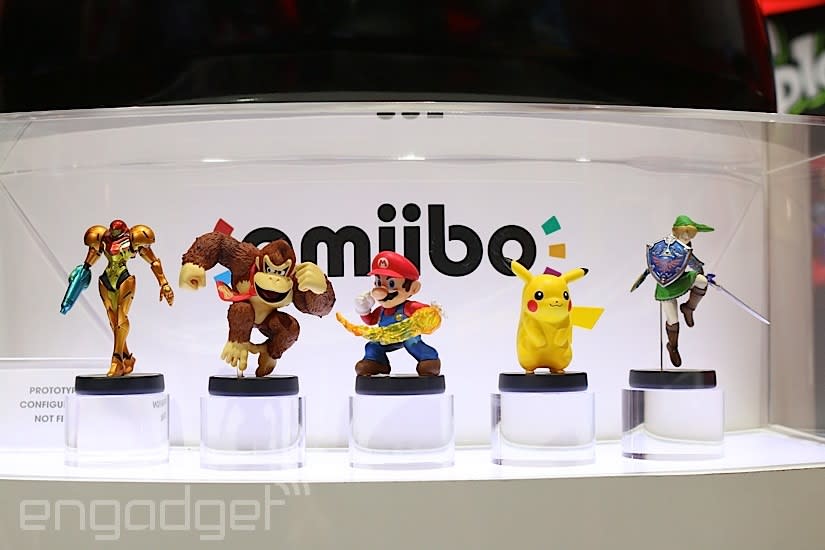 Nintendo said its now shipped over 5.7 million of its NFC-connected Amiibo figures, and more interestingly, it's showed which ones do the best around the world. There's indeed some variation, but Link, bless him, is the best-selling Amiibo globally, claiming first place across Japan, the US and Europe. Mario, however, prevents the the Zelda protagonist from getting a grand slam, claiming top spot in Australia. (Mario gets second place in the US, followed by Pikachu.) During the investor-only meeting, Nintendo added that it plans to use Amiibo to unlock vignettes of older games, as well as launch NFC-compatible cards to complement its figure series. We've translated the US' Top Ten right after the break. People like Donkey Kong! Who knew!

In this article: amiibo, nfc, nintendo, sales
All products recommended by Engadget are selected by our editorial team, independent of our parent company. Some of our stories include affiliate links. If you buy something through one of these links, we may earn an affiliate commission.