Etsy app adds AR to help you with art placement 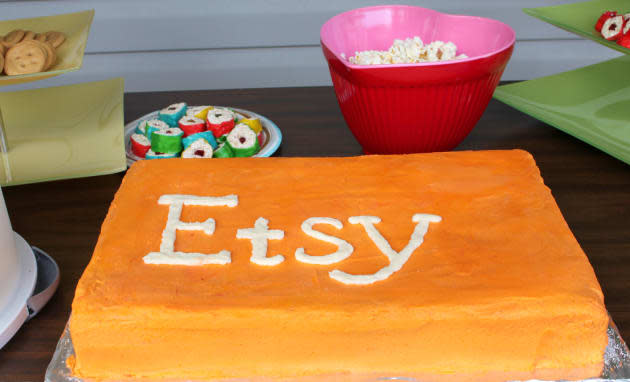 Etsy, yes that marketplace for handcrafted and bespoke goods, plans to raise money not by selling custom crocheted rabbit hats or bohemian jewelry, but by doing an initial public offering. The Brooklyn company has just filed an S-1 form at the US Securities and Exchange Commission, where it revealed some numbers that give us a glimpse into how the company's doing. It apparently has 1.4 million active sellers, 19.8 million active buyers and 685 employees, 51 percent of whom are women. Plus it generated $195.6 million in revenue but incurred a net loss of $15.2 million in 2014. According to Bloomberg, Etsy is hoping to raise $300 million from the IPO, or $100 million at the very least, if you look at the S-1 filing.

It would be impressive if Etsy manages to raise $300 mill, as Bloomberg says the last time a New York tech startup managed to do so was back during the dot-com bubble. Etsy, according to TechCrunch, currently has $88.84 million in cash and can last years using only that if it continues to operate at its current pace. If that's the case, the company's probably looking to expand, perhaps even in the real world and not just online. Those interested in owning a piece of this handmade pie, however, may first want to read that part of the IPO document where Etsy admitted that it has a history of operating losses (emphasis ours):

We incurred net losses of $15.2 million, $0.8 million and $2.4 million for the years ended December 31, 2014, 2013 and 2012, respectively. As of December 31, 2014, we had an accumulated deficit of $32.4 million. We may not achieve or maintain profitability in the future. We expect that our operating expenses will increase substantially as we hire additional employees, increase our marketing efforts, expand our operations and continue to invest in the development of our platform, including new services and features for our members. These efforts may be more costly than we expect and our revenue may not increase sufficiently to offset these additional expenses. In addition, as a public company, we will incur significant legal, accounting and other expenses that we did not incur as a private company. Further, our revenue growth may slow or our revenue may decline for a number of reasons, including those described in these Risk Factors.

In this article: Etsy, ipo
All products recommended by Engadget are selected by our editorial team, independent of our parent company. Some of our stories include affiliate links. If you buy something through one of these links, we may earn an affiliate commission.