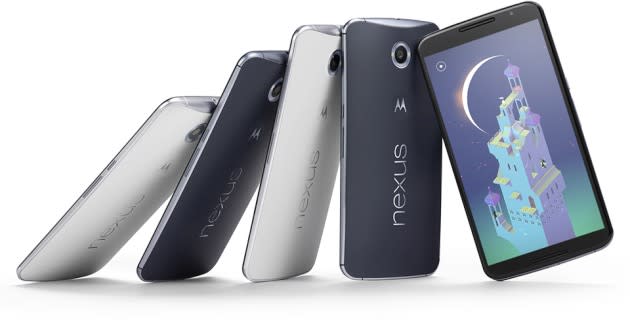 This week at MWC Google exec Sundar Pichai confirmed rumors that the company plans to launch its own wireless service, but a Wall Street Journal report claims it will only work with Google's Nexus 6 smartphone. Pichai stressed that the service would not operate on a large scale, and restricting it to a single device (even older Nexus phones are reportedly out), would just about fit that. We should've seen this coming once Pichai said it would be the "Nexus" of virtual phone networks, but according to the WSJ it will also combine WiFi connections with the cell networks of Sprint and T-Mobile for service. As the paper points out, other Motorola-built phones are already in use for primarily-WiFi carriers like Republic Wireless and Cablevision's new Freewheel. The newest Nexus 6 and Android Lollipop form the right combination for network-hopping, which could lead to the service launching within the next few weeks.

In this article: carrier, google, mobilepostcross, mvno, nexus, nexus6
All products recommended by Engadget are selected by our editorial team, independent of our parent company. Some of our stories include affiliate links. If you buy something through one of these links, we may earn an affiliate commission.