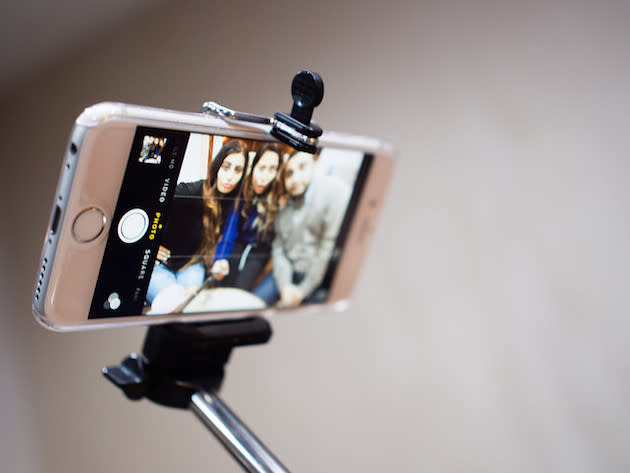 Selfie sticks, the logical "extension" of an already irksome activity, were recently banned in Premier League soccer stadiums. Now museums around the world are starting to do the same over worries of accidental damage to artwork. The Smithsonian barred their use effective last week as a "preventative measure to protect visitors and museum objects," especially on crowded days. Meanwhile, a formal ban is pending at Versailles palace and Centre Pompidou in France, and visitors are now being told to stow their sticks by guards at the Louvre. Both Pompidou and the Louvre will continue to allow regular photography and selfies.

The list doesn't stop there. New York's MOMA and Met museums, along with Washington DC's National Gallery of art, the Getty Center in LA and the Museum of Contemporary Art in Chicago have all laid down the banhammer. Seattle's Museum of Art has also ruled them out, but a spokesman said it's part and parcel of an existing tripod and umbrella ban, put in place to prevent accidental damage. Then she added the zinger that the rest of us were thinking: "There's also the obnoxious factor."

In this article: ban, Louvre, museums, photography, Selfies, SelfieSticks, tripods
All products recommended by Engadget are selected by our editorial team, independent of our parent company. Some of our stories include affiliate links. If you buy something through one of these links, we may earn an affiliate commission.