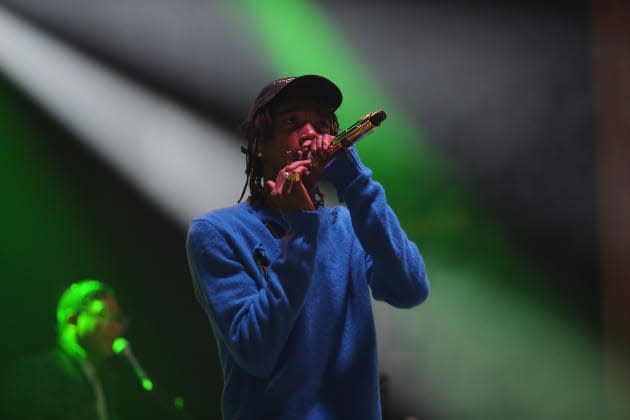 In an effort to better compete with a juggernaut like Spotify, Rhapsody is using one of the world's most popular social networks to showcase and promote its music-streaming service. Today, at SXSW 2015, Rhapsody announced that it's bringing more than 30 million songs to Twitter, allowing users of the microblogging platform to streams songs directly from it -- for free. The audio-subscription service is using Twitter Cards to let people stream and share their favorite tunes, regardless of whether or not they have a paid Rhapsody account. So, what's the catch? It's simple: Rhapsody's hoping that those who see these audio-embedded tweets, on iOS or Android, will want to hear more and end up on a landing page that's set to offer a free trial. Obviously, the company's aiming for this integration with Twitter to give its service a boost. Right now, Rhapsody has nowhere near the same amount of paid subscribers as Spotify, despite having a robust music catalog and offering decently priced subscription tiers. In case you are a Rhapsody member, though, the iOS and Android apps are going to be updated to take advantage of the new feature today, so that you can easily tweet what you're listening to and let your followers stream whatever that song may be, right from the Twitter app.

"Music has always been a shared experience, but it's become very personal and there hasn't been a way via social media to take advantage of the social aspects of music," Rhapsody Chief Financial Officer, Ethan Rudin, says. He added that Rhapsody's working with all major and independent labels to bring even more music to Twitter; artists like Wiz Khalifa, meanwhile, have joined the cause to advertise their own tunes on the social network. The only caveat is that this is limited to folks in the US for now, and there's no word on whether that'll be changing anytime soon.

In this article: mobilepostcross, Music, MusicStreaming, Rhapsody, Spotify, Streaming, StreamingMusic, Twitter, Twitter Cards, TwitterCards
All products recommended by Engadget are selected by our editorial team, independent of our parent company. Some of our stories include affiliate links. If you buy something through one of these links, we may earn an affiliate commission.