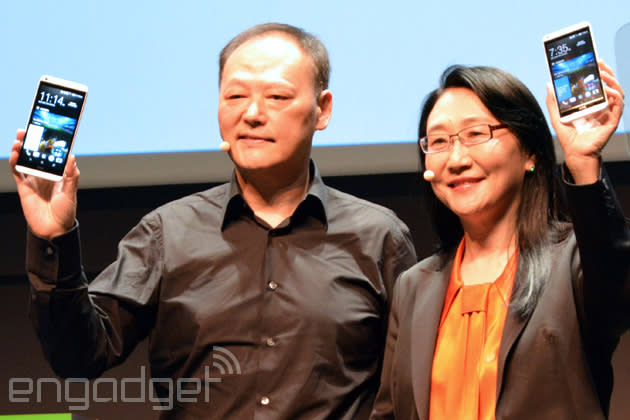 Given HTC's roller coaster ride in the past few years, it's no secret that Peter Chou had always been more of a product guy than a manager. Well, the time has finally come for him to give up his CEO role. Shortly after the One M9 launch, the Taiwanese phone maker has just announced that Chou will now be the Head of HTC Future Development Lab, as chairwoman and co-founder Cher Wang takes over his CEO position. This news comes as no surprise, given that Wang's been getting more involved in her company's daily operation since two years ago. Little is known about Chou's new division, other than HTC's statement saying he "will be instrumental in identifying future growth opportunities for the Company." If that means we can expect more cool gadgets like the RE Vive and RE Camera, then we say go for it, Chou! But please, no more of that Robert Downey Jr. weirdness.

In this article: breaking news, ceo, cher wang, cherwang, htc, mobilepostcross, peter chou, peterchou
All products recommended by Engadget are selected by our editorial team, independent of our parent company. Some of our stories include affiliate links. If you buy something through one of these links, we may earn an affiliate commission.