Why text when your phone can sing messages at your friends?

Dell finishes off its MP3 offerings, axes the Ditty 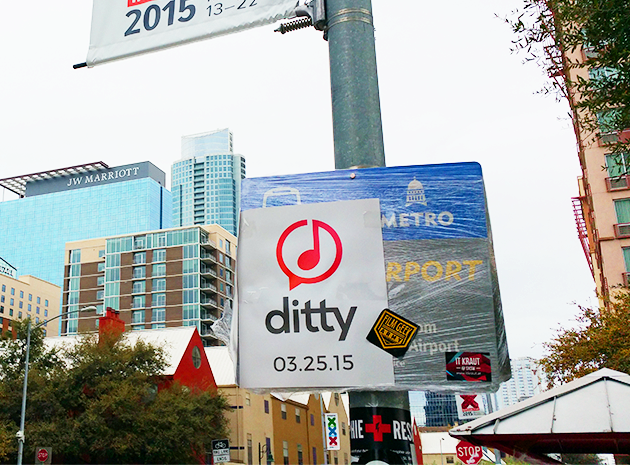 Ditty might sound like Sean Combs' latest stage name, but in fact, it's a new messaging application that takes mundane text messages and turns them into a shareable video, with onscreen lyrics. The app, made by a company called Zya, is one of the few that can be used in concert with Facebook Messenger, which just opened up to third parties. In fact, the app was unveiled today during Facebook's own F8 developer conference.

How does it work? Flip through the track offerings, type in a message up to 70 characters and within seconds, the app generates a personalized song to match your lyrics. You can then send your "ditty" through Facebook Messenger or download to use with Instagram and Vine, or whatever you'd like. The app (available for iOS and Android) comes loaded with about 10 open domain songs (including the operatic "Hallelujah") and lets you buy some more current hits (like "Feel So Close") for 99 cents each. Sadly, that John Mellencamp song -- you know, the one where "ditty" is mentioned in the opening line -- is nowhere to be found.

In this article: ditty, f8, f82015, facebook, Facebook Messenger, facebookmessenger, video, Zya
All products recommended by Engadget are selected by our editorial team, independent of our parent company. Some of our stories include affiliate links. If you buy something through one of these links, we may earn an affiliate commission.