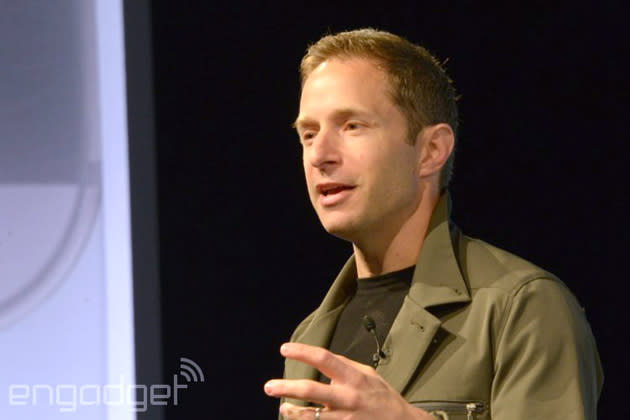 For a tech company that places so much emphasis on design, we can't help but think something's up when one of the key designers leaves. Today, we bring you the sad news that HTC's VP of Industrial Design, Jonah Becker, has announced his departure on Twitter. To our surprise, that's less than a year after he picked up from where his predecessor Scott Croyle left off. With Croyle and Becker gone, this leaves Claude Zellweger the last remaining principal of One & Co -- the design firm that HTC acquired back in late 2008 -- running the design team at the smartphone company. According to a statement from HTC, Becker has been succeeded by Creative Director Daniel Hundt, who happens to look a lot like Apple's Jony Ive. Hundt's focus is on smartphones while Zellweger continues to work on "connected products," which include the RE Vive and the RE Camera.

It's been an amazing seventeen year journey with One & Co and HTC, but it's time for a new adventure. Stay tuned for details of what's next.

blast from the past. @JonahABecker good luck on your next step. @Claudibus good luck @htc pic.twitter.com/CDqM2APVmX

Becker's announcement comes just a week after HTC's shakeup at the top level, where Peter Chou officially passed on his CEO title to chairwoman Cher Wang, in order to focus on the company's new Future Development Lab. It's not clear as to why Becker has left HTC so relatively soon after Croyle, but we have learned from our sources that there is an ever increasing power struggle between the design team and sales team these days. Another source told us the switch from the M8's UltraPixel main camera to the M9's 20-megapixel counterpart is an example of such.

And here is the full statement we received from HTC regarding Becker's exit:

We can confirm that Jonah Becker has left HTC; he had been with the Company since HTC acquired One & Co over six years ago. We would like to thank Jonah for his work with HTC, and wish him all the best in his future endeavours. He has been succeeded by Daniel Hundt, based in our San Francisco design office.

In this article: Claude Zellweger, daniel hundt, designer, htc, jonah becker, m9, mobile, mobilepostcross, one and co, resignation, scott croyle
All products recommended by Engadget are selected by our editorial team, independent of our parent company. Some of our stories include affiliate links. If you buy something through one of these links, we may earn an affiliate commission.