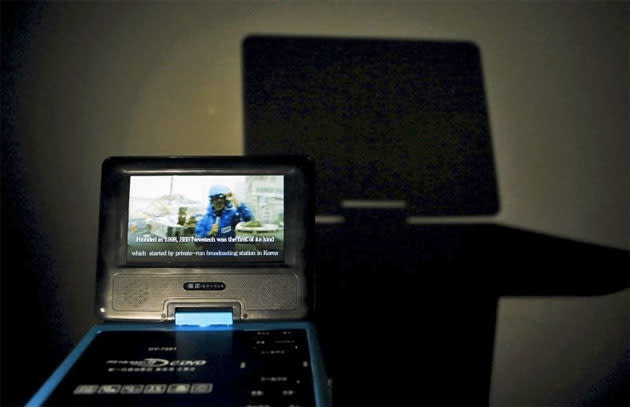 In North Korea, the gadget you'd probably want is a Notel. Or a Notetel, a word that attempts to shoehorn notebook and television together, describing a pretty unassuming, very popular, Chinese-made media player. According to estimates from Reuters, up to half of all urban-based North Koreans have a Notel stashed somewhere in the house. Now, until recently, the device was only found on black markets, but the device has now been legalized and is apparently available in state-run shops and markets for just fifty bucks.

Residents are apparently watching South Korean dramas, foreign movies, music videos and more on the device: generally things that Pyongyang prohibits. North Koreans don't have the internet -- unless you count the state-run intranet -- which means residents are likely exchanging content on physical media. Unlike the portable DVD players of yesteryear, they're crammed full of media-playing wiles, with tv and radio tuners, USB and SD card ports. One defector told Reuters that it was the Notel's multifunction capabilities that made it ideal for watching banned content, while pretending not to:

"To avoid getting caught, people load a North Korean DVD while watching South Korean dramas on a USB stick, which can be pulled out. They then tell the authorities, who feel the heat from the notel to check whether or not it has been recently used, that they were watching North Korean films".

It can also be recharged through a car battery -- perfect for the sometimes temperamental power grids of North Korea.

In this article: korea, northkorea, notel, notetel, Pyongyang, reuters
All products recommended by Engadget are selected by our editorial team, independent of our parent company. Some of our stories include affiliate links. If you buy something through one of these links, we may earn an affiliate commission.