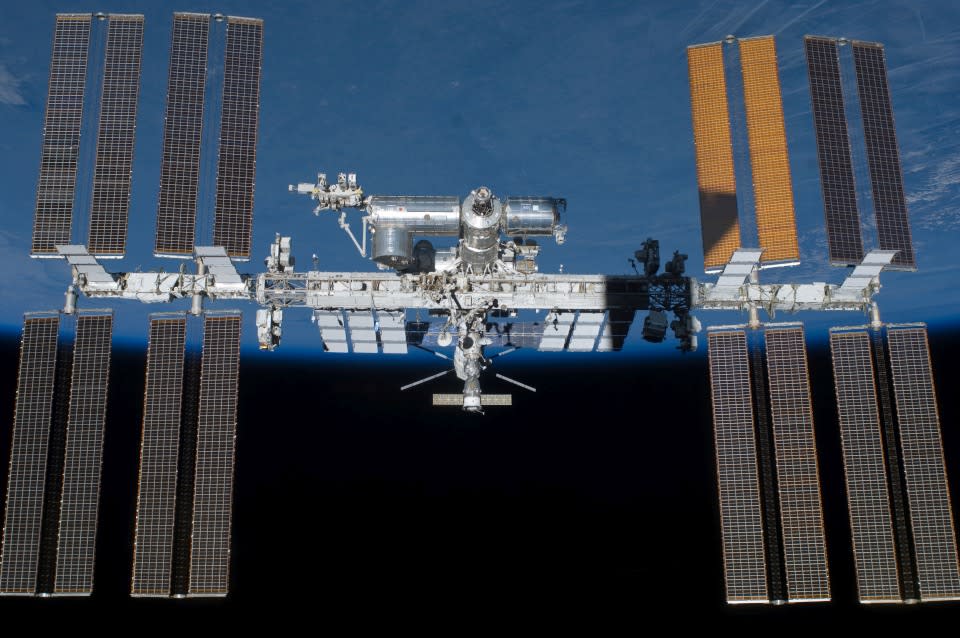 Russia is teaming up with the USA to build ISS 2.0 once the current one's funding runs out in 2024 -- at least according to Russia Today and state news agency TASS. The country's space agency, Roscosmos threatened in February to use the Russian ISS modules as a platform for a new base of its own after 2024, but now it looks like there will be a followup collaboration. This time around, both parties are looking for participation from other countries, as well as private industry, and are apparently even eyeing a team-up for potential missions to Mars. Russian news outlets report the announcement came during a news conference Saturday following the launch of a year-long mission (video of the launch and subsequent ISS docking is embedded after the break) to the current International Space Station.

Update: After waiting to get in touch with colleagues in Russia, NASA responded to our inquiry and says "no new partnerships were announced." So what's the status of the ISS to 2024 and beyond? NASA's statement only confirms "interest in continuing international cooperation" but doesn't go further than that -- you can read it in full after the break.

Chief Komarov, who was there for the US-Russia year-long ISS mission launch, reportedly said: "We have agreed that Roscosmos and NASA will be working together on the program of a future space station." In addition to building a new ISS, sources say the agency's partnership also entail working on a joint Mars mission. In the same event, NASA chief Charles Bolden is quoted saying: "Our area of cooperation will be Mars. We are discussing how best to use the resources, the finance, we are setting time frames and distributing efforts in order to avoid duplication."

So far NASA hasn't announced or confirmed anything through its official channels. We've contacted the agency for comment and will update this post if we hear anything.

We are pleased Roscomos wants to continue full use of the International Space Station through 2024 -- a priority of ours -- and expressed interest in continuing international cooperation for human space exploration beyond that. The United States is planning to lead a human mission to Mars in the 2030s, and we have advanced that effort farther than at any point in NASA's history. We welcome international support for this ambitious undertaking. Today we remain focused on full use of our current science laboratory in orbit and research from the exciting one-year mission astronaut Scott Kelly just began, which will help prepare us for longer duration spaceflight.

In this article: breaking news, internationalspacestation, iss, nasa, Roscosmos, russia, space, spacestation, video
All products recommended by Engadget are selected by our editorial team, independent of our parent company. Some of our stories include affiliate links. If you buy something through one of these links, we may earn an affiliate commission.