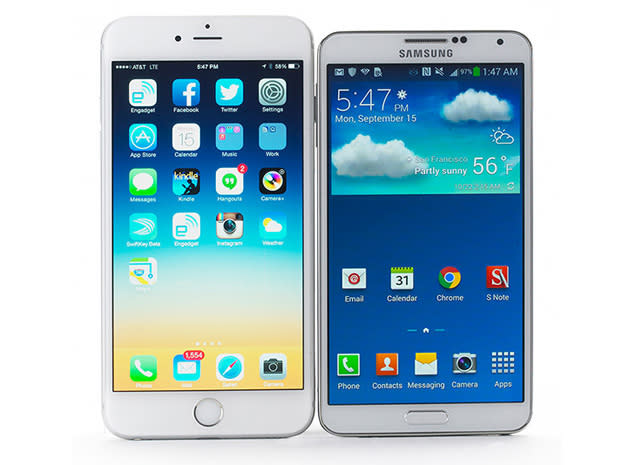 Yes, the rumors of Apple expanding its trade-in program were true -- the company's stores (both online and retail) are now willing to take your competing smartphone in return for credit toward a new iPhone. If you live in Canada, France, Italy, the UK or the US, you can trade in certain Android, BlackBerry and Windows Phone devices (the BlackBerry Z10, Lumia 1020 and Nexus 5 are among the examples). We can't imagine that you'll be too eager to use this option -- you may either remain loyal to a platform, or can find a buyer who'll offer more -- but it could be useful if you're determined to ditch an old phone in an eco-friendly way. Just be sure to call if you're going to try this soon. We've reached out to a number of stores, and only a few were aware that non-iPhone trade-ins were live. It could take some time before every store is up to speed.

In this article: android, apple, blackberry, iphone, mobilepostcross, recycling, retail, smartphone, trade-in, windowsphone
All products recommended by Engadget are selected by our editorial team, independent of our parent company. Some of our stories include affiliate links. If you buy something through one of these links, we may earn an affiliate commission.