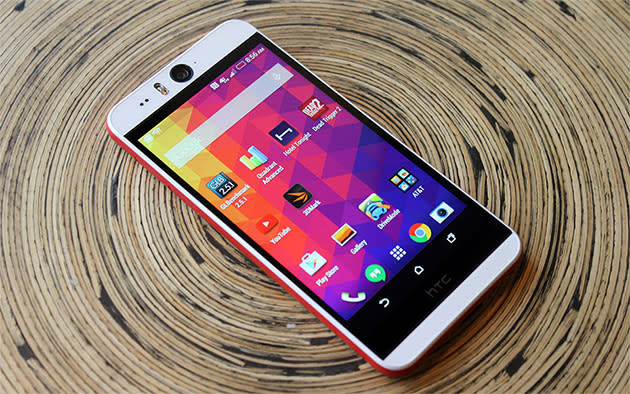 Apple's not exactly new to courting Android fans, but a reported change to its trade-in policy could finally get owners of other smartphones pledging allegiance to Cupertino. The usual slew of unnamed sources told 9to5Mac that Apple will soon allow customers to swap non-Apple smartphones for gift cards in-store, just like people can currently do with old iPhones, iPads and Macs. If 9to5's report holds true, retail employees are already being trained on the particulars of the process now, and you'll be able to ditch your old gear in one of the company's well-lit glass shrines in the coming weeks.

Don't worry: Apple seems equipped to ensure your address book makes the leap just fine. The rest of your phone's contents? Well, you're mostly on your own there.

If you've ever done the trade-in dance at an Apple store, the process should seem plenty familiar - the gadgets you bring in will be graded on cosmetics and functionality, and you'll get a gift card at the end to put toward a shiny new iDevice. At this point, no one's entirely sure how Apple will determine the value of the Galaxy S3 you've had sitting in a drawer for a year and a half, but that's sort of beside the point. There's a decent chance that you'd net more cash by fencing your old phones by yourself, anyway. Thing is, Apple's game is one of convenience and delight: if it can pay you a pittance for an aging device, sell you one of its own and leave you feeling pleased about the whole thing because of the painless process its devised, you'll only feel more comfortable buying Apple stuff down the road. Never, ever underestimate the power of warm and fuzzy feelings. The move'll probably see Apple shelling out millions of dollars in gift cards in aggregate, but that's a small price to pay considering Tim Cook's well-documented desire to get more people buying iPhones from their local Apple Store.

In this article: android, apple, applestore, mobilepostcross, recycling, trade-in
All products recommended by Engadget are selected by our editorial team, independent of our parent company. Some of our stories include affiliate links. If you buy something through one of these links, we may earn an affiliate commission.