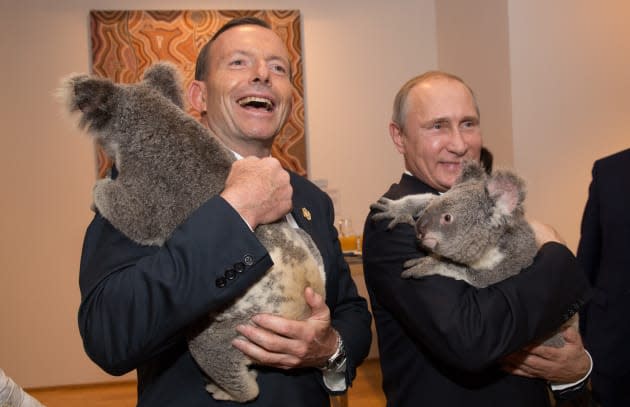 Australia has proved that it can hold its own against Hillary Clinton any day when it comes to email gaffes. The nation's immigration department accidentally disclosed the passport numbers and other personal info of every world leader attending last year's G20 summit, then compounded the problem by hushing it up. Affected leaders include US president Barack Obama, Russia's Vladimir Putin and British prime minister David Cameron. According to an email obtained by the Guardian, "the cause of the breach was human error... (an immigration employee) failed to check that the autofill function in Microsoft Outlook had entered the correct person's detail into the email 'To' field."

As a result, the world leaders' info was sent in error to surprised organizers of an international soccer tournament held in Australia early this year. The mistake was noticed immediately by the employee, who brought it to the attention of his superiors. However, after determining that it was "unlikely" the email was in the public domain, an immigration officer recommended against sharing the leak with the affected countries. That provoked a strong reaction from Australia's opposition party, which said "the prime minister (Tony Abbott) must explain this serious incident and the decision not to inform those affected." Many nations including the US and UK have strict laws requiring that victims of data breaches be informed -- especially if they're in charge of the entire country.

In this article: Australia, BarackObama, Email, G20, leak, Summit, TonyAbbott, VladimirPutin, World Leaders
All products recommended by Engadget are selected by our editorial team, independent of our parent company. Some of our stories include affiliate links. If you buy something through one of these links, we may earn an affiliate commission.