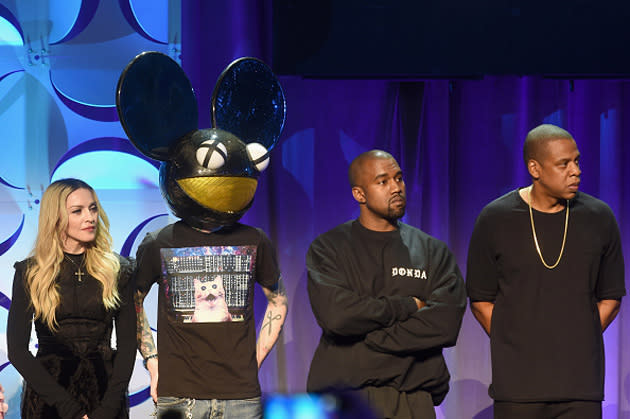 The streaming music business is getting particularly cutthroat, it seems. According to Billboard, Apple exec Jimmy Iovine has been trying to lure the first-tier musicians from Jay Z's artist-owned Tidal service (possibly for an upcoming streaming option) by paying them "more money upfront." Jay Z isn't directly confirming the rumor, but he isn't exactly denying it, either. He explains that a poaching attempt just reflects Iovine's "competitive nature" and that the two have talked about their rival offerings. The rapper claims that he's trying to make nice, and that he doesn't "have to lose in order for you guys [at Apple] to win" -- he sees the two sides trying to help artists. That may be true, but something tells us that Apple isn't about to make life easy for a direct competitor... especially one whose emphasis on exclusives and special deals could hurt Apple's bottom line.

In this article: apple, beats, internet, jay-z, jayz, jimmyiovine, music, tidal
All products recommended by Engadget are selected by our editorial team, independent of our parent company. Some of our stories include affiliate links. If you buy something through one of these links, we may earn an affiliate commission.