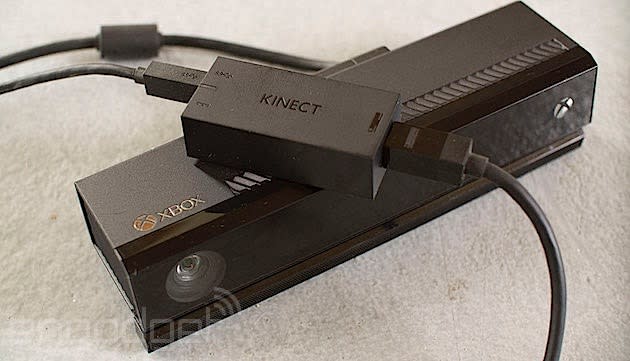 Given that Microsoft has consolidated so many other parts of how it operates lately, word that it's discontinuing the new Kinect sensor for Windows shouldn't be much of a surprise. From here on out, Redmond will no longer sell the now redundant desktop-specific version and instead point app developers toward the "functionally identical" Xbox One unit and its necessary adapter cable instead. The Xbox One sensor was apparently pretty popular amongst desktop developers and Microsoft couldn't keep up with demand in some markets, so rather than keep producing two incredibly similar units, it's likely focusing its efforts on producing more of one. Should you already own a Windows Kinect don't fret -- Nadella and Co. promise that support for it isn't going anywhere. For a peek at how we put the console do-all sensor to use with a Windows PC, take a gander at the video just below.

In this article: gaming, hd, hdpostcross, kinect, KinectForWindows, microsoft, windows, xbox, XboxOne
All products recommended by Engadget are selected by our editorial team, independent of our parent company. Some of our stories include affiliate links. If you buy something through one of these links, we may earn an affiliate commission.