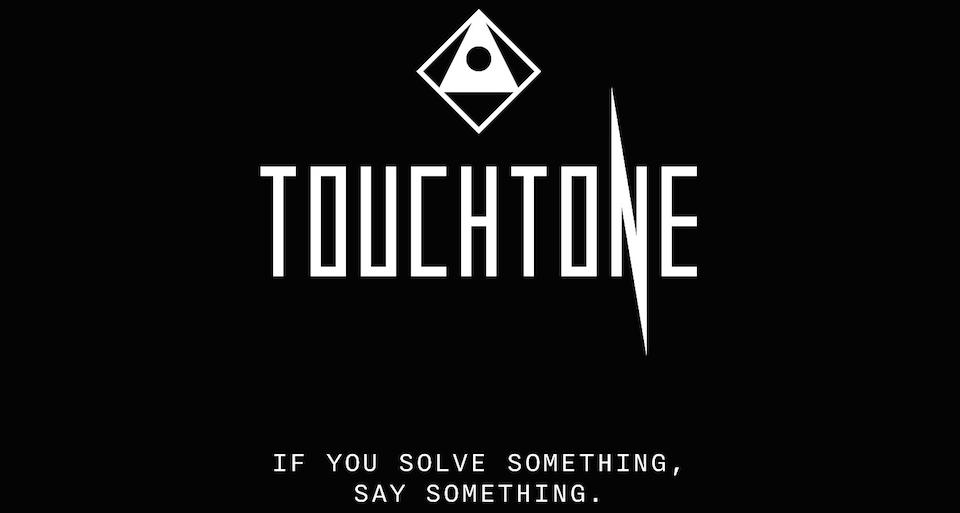 "It is very voyeuristic and creepy once you start thinking about that after you play it," says co-creator Mike Boxleiter. "You should take a step back and think about what you're doing and how weird it is."

It doesn't take long to get weird. My first task was a simple enough training exercise: Identify whether or not an email chain between a bookstore employee and a potential customer was worth further monitoring. "Does any part of this message pose a potential threat to national security?" the game asks at the bottom of every transcript. Given that the would-be patron was looking for a copy of The Anarchist Cookbook, and I was role-playing as a spy security agent, the answer was pretty easy. In my character's mind, anyone who needs a tome containing instructions for crafting homemade bombs is worth keeping an eye on. And then the game took a turn.

Immediately after that, my handler, Patriot, scolded me for saying that a couple of students emailing about smoking weed after a test wasn't a security threat. In his eyes, the kids were drug traffickers who warranted further monitoring. I mistakenly flagged a thread between Jordan "Wolf of Wall Street" Belfort and an associate about certifying bad investment bonds as worth watching. Patriot wasn't happy about that either because I was thinking like a rational human and that wasn't acceptable. These guys were fleecing shareholders, but because it wasn't a matter of national security Patriot wasn't concerned.

An overview of TouchTone

Boxleiter thinks that a majority of the people on Wall Street are criminals and have done more harm than good to the United States and its economy. "Most of them should be in jail, but the system we have is very focused on finding brown people with beards, and very focused on keeping people who commit billions of dollars of fraud out of jail," he says. "That whole system is fucked up to me and I just want to expose it and talk about it."

Eventually, the binary choice between guilty and innocent disappeared and I was forced to mark everyone I came across as suspect. For example, my first real target, Samir Jilani, was both Iranian and Muslim. He was automatically a suspect because in TouchTone's world, racial profiling doesn't just exist; it's mandatory. "Our work is already half done," Patriot wrote, urging me to keep digging for more information on him and his social circle.

"The NSA is all about connections and following relationships between people," Boxleiter says. Patriot has you tailing targets until you can gather enough evidence to put them in jail or the detention camps at Guantanamo Bay. After that, it starts over with a new, but connected suspect.

The game's been in development on and off for two-and-a-half years, but it wasn't until the PRISM leaks and Edward Snowden situation blew up that TouchTone had its soul.

"At first it was just going to be a satirical send-off like the tutorial," Boxleiter says. "It was just going to be a bunch of emails like 'look at how stupid this is; look at how bad these people are at finding terrorists and how they're looking at all the wrong things.'" It goes deeper though, and becomes a sort-of character study with the NSA overtones acting as the theme wrapping everything together.

At its core TouchTone is a series of hacking mini-games similar to those from BioShock or Deus Ex. There's a moving 6 x 7 grid with different-colored "laser beams," and your job is to use reflector panels to connect the lasers to their same-colored targets placed around the grid's edges. The wavy green beam goes to the green receptacle, blue to blue, et cetera. Connect all the beams to their targets and you complete the hack, with a new message thread to analyze as your reward. It's deceptively difficult. But unlike other puzzle games I've stopped playing once the challenge escalated (Hitman Go, for example), there was something here to keep me playing: story. TouchTone isn't dime-a-dozen, disposable App Store fodder like Candy Crush Saga; it's something more along the lines of last year's Papers, Please -- it isn't always "fun," but it has something to say about the world we live in.

I can't nail down the exact moment it happened, but somewhere down the line of adjusting reflector panels and checking "pertinent" threats, I realized just how complicit I'd become. I didn't care what was happening along the way; I just wanted to beat the next puzzle, get to the next email, achieve the next goal. "These aren't real people; I'll never see them," I rationalized. "It's just text on screen and I'm following orders." This sort of escapism and discordance is what keeps me playing.

The "up is down," "left is right" thinking that pervades so much of TouchTone's writing is the biggest draw for me. It's lampooning the zeitgeist with some pretty obvious messaging, sure, but somehow it avoids coming off as glib or heavy-handed. And while some might argue that the game is racist, you need to look at it from a satirical point of view, Boxleiter says. Besides, that it would even inspire such a conversation is half the point. As Boxleiter proudly points out, "that's not the discussion you have with Angry Birds; you're not questioning whether or not the genocide of the pigs is legitimate."
In this article: hacker, hacking, mobilepostcross, nsa, spy, touchtone
All products recommended by Engadget are selected by our editorial team, independent of our parent company. Some of our stories include affiliate links. If you buy something through one of these links, we may earn an affiliate commission.