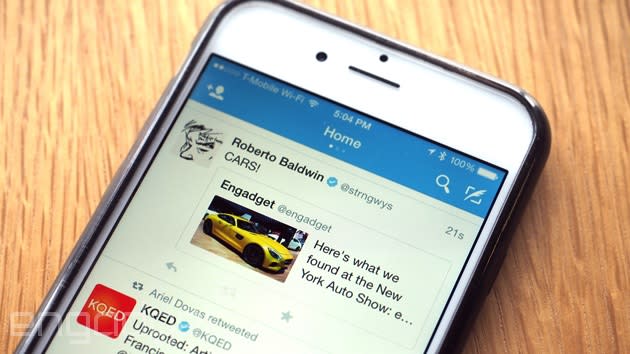 If you've previously tried to quote tweets in the official Twitter app, you know how painful it was -- all it did was throw quotation marks around the post, giving you little space to add your own color commentary. At last, though, it's working the way it should. Twitter has overhauled its "quote tweet" function so that it simply embeds the post you're quoting. You should not only have more room to type your observations, but preserve the context of the original material (such as images) without resorting to a retweet. Only iPhone and web users will see the new trick right away, but it's "coming soon" to Android.

In this article: android, internet, ios, mobilepostcross, quote, socialnetwork, socialnetworking, twitter, web
All products recommended by Engadget are selected by our editorial team, independent of our parent company. Some of our stories include affiliate links. If you buy something through one of these links, we may earn an affiliate commission.