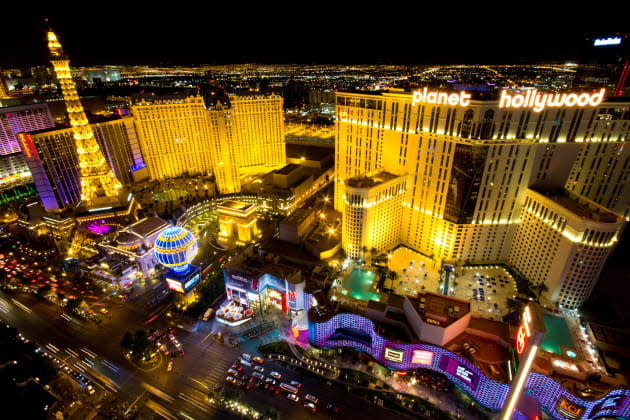 It was just a few days ago that Edward Snowden told John Oliver how an email, sent from one New Yorker to another, could bounce across the world before reaching its destination. This decentralization is one of the internet's biggest strengths, but the system has gotten Nevada's politicians very worried about data security. That's why Paul Anderson and Mo Denis are sponsoring a bill that would see all of the state's government internet traffic remain within its own borders.

Essentially, this would mean that any state employee could send and receive email safe in the knowledge that the data only passed through Nevada-based servers. As USA Today reports, the only public supporter of the bill is Las Vegas-based data center firm Switch, who would be the most likely beneficiary to the ruling. The paper casually mentions that the company backed both politicians with hefty donations and already has contracts to store data for Nevada's government.

Of course, the major downside to the move is that Switch's data centers would quickly become a fixed target for nefarious types to attack. Not to mention that the state would also have to build a new peering location and sort out the messy technical foibles to prevent information being routed via LA or Utah. Naturally, the bill has met with heavy opposition from both other telecom businesses as well as other members of Nevada's legislature. The law has until the end of tomorrow to grab some validation or else it'll die, although it's clear that few tears would be shed if it did -- at least in its current form.

In this article: Data, Internet, LasVegas, MoDenis, Nevada, PaulAnderson, Peering, Servers, Switch
All products recommended by Engadget are selected by our editorial team, independent of our parent company. Some of our stories include affiliate links. If you buy something through one of these links, we may earn an affiliate commission.