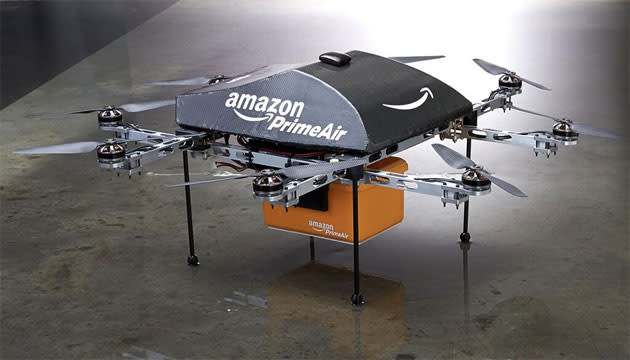 These new UAVs are not allowed to fly higher than 400 feet, though, or to exceed 100 miles per hour in speed. You can read these conditions, among other details, in the FAA's letter to Paul Misener, the exec who posted the request on behalf of Amazon and who told Engadget via email:

We're pleased the FAA has granted our petition for this stage of R&D experimentation, and we look forward to working with the agency for permission to deliver Prime Air service to customers in the United States safely and soon.

In addition to Amazon, dozens of other companies' requests were approved at the same time, and faster than before, as well. That's thanks to the FAA's new approach in granting permissions to fly low-risk UAVs. More often than not, these are drones used by film/TV companies and by those conducting tests to gather data for future purposes, like the e-commerce website. The agency still reviews each application under the new method, but it can quickly issue an approval if "it has already granted a previous exemption similar to the new request."

In this article: amazon, drone, FAA
All products recommended by Engadget are selected by our editorial team, independent of our parent company. Some of our stories include affiliate links. If you buy something through one of these links, we may earn an affiliate commission.