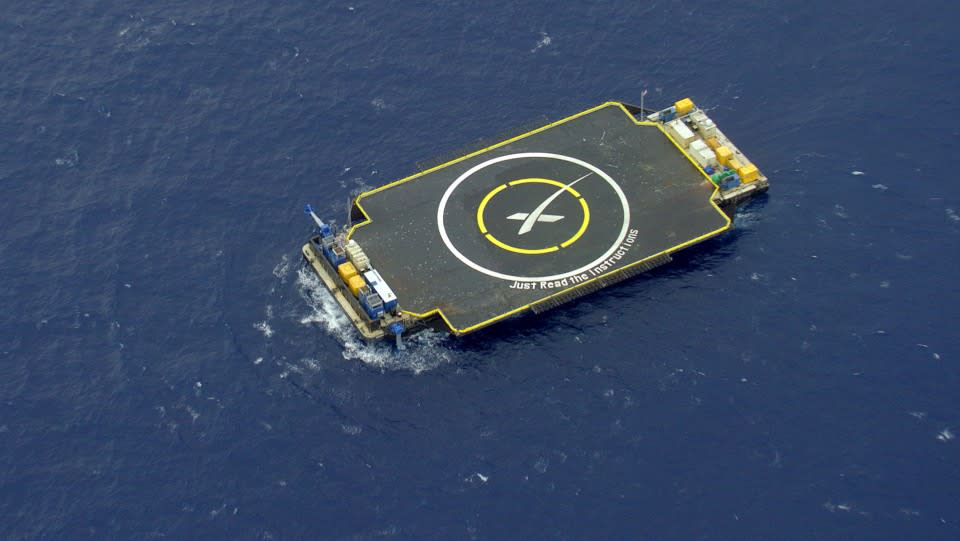 In January, Elon Musk's SpaceX came close to a controlled landing of one of its rockets after a quick trip to space, before things took a fiery, explosive turn for the worst. Today, assuming all goes well and those X wing fins remain powered, it will try again. A launch scheduled for 4:33PM ET will send supplies to the International Space Station as a part of the CRS-6 mission, before the Falcon 9's first stage will try to land itself on a barge in the ocean. Creating rockets that can used again could help cut the cost of sending stuff to space, so there's a lot at stake beyond just looking cool in its Grasshopper demos. The launch will be webcast live starting at 4:15PM (the video feed is embedded after the break) although we'll have to wait a bit longer to see if the landing is successful.

Update: No launch today due to weather (Elon Musk tweeted it's "due to lighting from an approaching anvil cloud"). The next launch attempt is scheduled for tomorrow at 4:10PM ET.

Update (4/14): The next launch attempt is about to take place, with SpaceX calling the weather "60% for a go." As we saw yesterday, lightning and clouds can derail things quickly, but take a peek after the break for the live stream, which is scheduled to begin at 3:50PM ET.

Update 2 (4/14 4:27PM): The CRS-6 mission has successfully launched. By now the first stage should have returned to Earth, but there's no live feed from the barge to know if it was successful or not. Once we hear word if it's landed we will update to let you know.

LIFTOFF of #Falcon9 and #Dragon on the CRS-6 mission to resupply the space station for @NASA. http://t.co/tdni5406Hi pic.twitter.com/K4umPf48X2

Launch postponed due to lightning from an approaching anvil cloud

What happened last time (January 16th):
In this article: barge, dragon, Falcon9, iss, nasa, resuable, space, SpaceX, video
All products recommended by Engadget are selected by our editorial team, independent of our parent company. Some of our stories include affiliate links. If you buy something through one of these links, we may earn an affiliate commission.